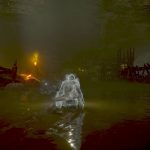 One of the most notorious and tedious levels in Demon’s Souls, is 5-2, the Swamp of Sorrow. A level that has garnered both fame and fear for presenting a truly difficult trek through a murky hell. Fans dreaded having to return here, but thankfully, something has been added to make the place more manageable. Something, which, drastically cuts down the levels aforementioned tedium.

Essentially, the level is a vast, poisonous infested swamp inhabited by an assortment of creatures found within the murky waters. The Swamp is home to the world’s trash and discarded. Here, rivers brim with filth, flow down the chasm walls and Depraved Ones have found refuge amongst the grime, eager to kill any who trespass.

Sounds like a fun place to walk through, right? Being a FromSoftware game, of course, you have to go through it.

What truly makes the swamp so fear-inducing for so many players is the water itself. As you walk in, the water will poison you, which effectively begins to eat away at your HP over time. However, that’s not even the kicker. The water also hinders your movement. You’ll run slower and rolling is a near impossibility here, as well. Essentially meaning your character will have a disadvantage when pitted against enemies in the swamps water.

Thankfully, Bluepoint has added something to the Demon’s Souls remake that will alleviate this just a bit. 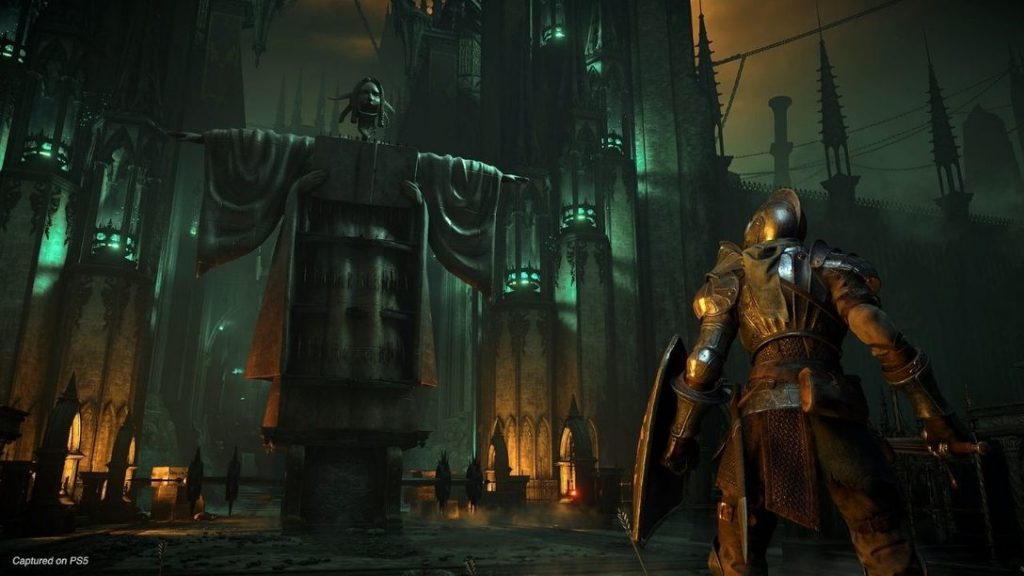 First, you want to make sure you have Pure Black World Tendency in the 3rd Archstone, the Tower of Latria. With that done, you will want to warp over to 3-2, Upper Latria.

Once there, take one of the caged elevators (the same ones you found Yurt) down to the bloody swamp below Latria.

Next, traverse the swamp until you meet the Prisoner Horde. Essentially, it’s a mass of bald-headed prisoners, each wielding a number of flailing swords as well as a soul arrow magic spell. When it’s down, go behind the large column it guarded and you’ll find the Sodden Ring on a corpse. Again, this will only happen with Pure Black World Tendency.

What makes the Sodden Ring invaluable? Take a look at the ring’s description:

allows freedom of movement in the murkiest of waters, but does not remove other dangers.

In essence, the ring gives you total movement in places where it would otherwise get hampered. The biggest example, the Swamp of Sorrow in 5-2. Although 5-2 still isn’t a walk in the park by any means, the new addition is, without question, a godsend. With the Sodden Ring equipped, you can roll around to your heart’s desire.