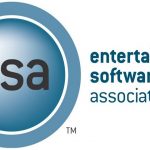 Today has been an action-packed day full of news and rumors. With PlayStation officially not being present at E3 2020, we thought this would be the most interesting news of the day. However, the ESA released an official statement that was certainly eyebrow-raising. For reference, the ESA or Entertainment Software Association is the company behind the planning and operations of E3. They released the following statement tonight in response to PlayStation pulling out of E3.

“E3 is a signature event celebrating the video game industry and showcasing the people, brands and innovations redefining entertainment loved by billions of people around the world. E3 2020 will be an exciting, high-energy show featuring new experiences, partners, exhibitor spaces, activations, and programming that will entertain new and veteran attendees alike. Exhibitor interest in our new activations is gaining the attention of brands that view E3 as a key opportunity to connect with video game fans worldwide.”

While we are not 100% sure at this time what “activations” the ESA is referencing in their statement. This just seems to be adding more wood to the fire that the ESA has under its feet. From last year’s leaking of journalists’ private info such as emails, phone numbers, and home addresses. Which the ESA still to this day has not officially gone on record and either apologized for or made amends with the people who this leak hurt. Or to the fact that E3 as a show has been declining over the past few years. It will be an uphill battle for the ESA this year and going forward. It will be interesting to see how they adapt to these new developments.

What do you think of the ESA’s statement? Let us know in the comments and don’t forget to check back for the latest gaming news and information.