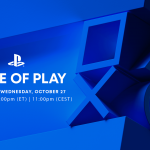 You are reading
State of Play October 2021 – Round Up

Yesterday, Sony had their State of Play October 2021 digital stream. During the event, they showed off a bunch of upcoming titles that will hit their PlayStation consoles. Here’s a round-up of their announcements.

State of Play: Bugsnax Gets DLC

During Sony’s State of Play event, DLC for Bugsnax was shown off. Titled Bugsnax: Isle of Bigsnax, the DLC will bring giant-sized bugs to the game for the first time.

Star Ocean: The Divine Force Gets a Trailer

Square Enix and developer Tri-Ace present the latest title in the Star Ocean RPG series. It has been some time since the last Star Ocean launched, all the way back in 2016 with Star Ocean: Integrity and Faithlessness. The beloved JRPG series has its roots all the back on the Super Famicon when Square Enix was just Enix. The game showcased expansive environments with a gorgeous 3D art style. Its return is a welcome sight for fans of old-school JRPGs.

Deathverse Let It Die is coming in Spring 2022. It is being developed by Supertrick games, a team of around 35 people from Japan. Deathverse Let It Die does take place within the existing Let It Die universe, a PS4 exclusive that came out in 2016. Although it is currently unclear just how connected the two games are. Yet we do know that Deathverse takes place 100 years after the original Let It Die and it is a multiplayer take of the game.

PlayStation announced Death’s Door is coming to both PS4 and PS5 on November 23. As part of the news, publisher Devolver Digital followed up by announcing a Nintendo Switch release as well. Both versions of the game are coming on the same day.

Five Nights at Freddy’s: Security Breach was announced during PlayStation’s State of Play October 2021. The game will be coming to the PlayStation 5 and PlayStation 4 on December 16, 2021.

Little Devil Inside Gets New Trailer At State of Play

Little Devil Inside is an indie game from the little team (all puns intended) of 12 at Neostream Interactive out of Seoul Korea. The game is an action-adventure title with survival and role-playing elements. The latest trailer shows off some gameplay then ends with a release window of 2022.

King of Fighters XV open beta will be available to players on the PlayStation 4 and PlayStation 5 consoles. As you can see in the trailer above you will see a new mysterious character named Dolores. She has medium powers that allow her to connect and use holy soil. She fights alongside general Heidern and another new character named Isla.

PlayStation welcomes the newest title from KartRider, the popular racing franchise with over 300 million players! KartRider: Drift is the only free-to-play, cross-platform kart racer where arcade thrills and the fastest drift fueled competition meet deep kart and character customization, all delivered in stunning Unreal® Engine 4 graphics.

From indie-pop band OFK: We Are OFK follows the lives of four friends in their 20s as they attempt to break into the music business, fall in and out of love, and figure out how to pay rent and make art in Los Angeles. Coming in 2022 to PlayStation 5.
Facebook Twitter Google+ LinkedIn Pinterest Tumblr
Previous article Weird West Release Date Announced
Next article Eiyuden Chronicles October 2021 Update