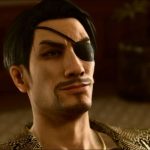 The Yakuza franchise being announced for Xbox One was a testament to Phil Spencer and his team. Many, myself included have leveled criticism at Xbox for the lack of Japanese titles on the console. This is a criticism the Xbox team has appeared to have taken to heart. When it was announced that not only was Yakuza 0, Yakuza Kiwami and Yakuza Kiwami 2 coming to Xbox. That it was also launching day and date in Xbox Game Pass. There was a massive fanfare from fans and critics alike. Yakuza 0 came to Xbox One and Xbox Game Pass on February 26th, 2020. We had no idea when Yakuza Kiwami would be coming next, except for a teased Spring launch window.

Have you played any of the Yakuza games? Let us know in the comments and don’t forget to check back for the latest gaming news and information.