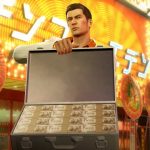 The Yakuza franchise has found a big resurgence this generation. Thanks largely in part to two new entries in the series with Yakuza 0, and Yakuza 6: The Song of Life. In addition to the remasters of the classic Yakuza games, it has brought new fans in to the fold. These games were stand out performers on PlayStation 4, and many (myself included) did not think they would be available elsewhere. Slowly but surely, the games have been ported to PC with Yakuza 0 first breaking the barrier. However, today in a complete blindside to many we learned that Yakuza will be coming to Xbox. During X019, it was announced that Yakuza 0, Yakuza Kiwami, and Yakuza Kiwami 2 will be coming to Xbox One. Even more shocking, is that the games will also be coming to Xbox Game Pass.

Just announced at X019 in London, SEGA of America and Ryu Ga Gotoku Studio are happy to reveal that Yakuza, the series that took the West by storm, is finally headed to Xbox One and Xbox Game Pass in early 2020!
https://t.co/UBJAJbdUIH pic.twitter.com/P8KnkVwU4A

While there is only a release window of early 2020. For PC Game Pass users, these games will also be launching same day as console versions. This is a massive move for Xbox, as one of the largest criticisms they have had over the years is their lack of Japanese games. With games like Yakuza, Final Fantasy and Kingdom of Hearts all making there way to Xbox One in the past few years. It feels safe to say the future is bright for Xbox fans who love Japanese developed games.

Will you be checking out the Yakuza games when they come to Xbox in 2020? Let us know in the comments and don’t forget to check back for the latest gaming news and information.