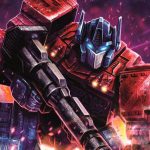 You are reading
New animated Transformers movie is in the works

The folks over at Paramount and Hasbro are hard at work to bring us an all-new animated Transformers movie. There is already some serious talent behind the new film as Josh Cooley has been signed as director. That is an impressive get as Cooley recently won an Oscar award for the best-animated film in recognition of his work on Toy Story 4.

The new animated Transformers film has absolutely no connections with the live-action movies that Paramount has been churning out since 2007. This movie will be an origin story that takes place on the Transformers homeworld of Cybertron. You can expect a heavy emphasis on the relationship between faction leaders Optimus Prime and Megatron.

Gabriel Ferrari and Andrew Barrer – the writing talent behind Ant-Man and the Wasp – penned the script for this animated Transformers movie. We do not have any word on voice actors yet but Jake Foushee would not be a bad bet for the role of Optimus Prime as he currently voices the character on the Netflix War for Cybertron cartoon. Ideally, Hasbro would shell out the big bucks to sign Peter Cullen, the original voice for Optimus Prime, but I am not going to hold my breath waiting for that to happen.

Why start work on an animated Transformers film now? It turns out that animation is an ideal medium for movie studios right now due to COVID-19 concerns and the ongoing shelter-in-place orders. It is simply much easier to produce animated films because the crew can maintain social distancing procedures or even work remotely.

Don’t expect this movie to be out for a while. My understanding is that Cooley has only recently approved the final draft of the script and preproduction work should begin shortly.