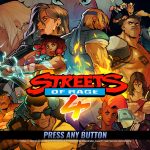 You are reading
Streets of Rage 4 Review

Streets of Rage 4 is one of those titles you jump into completely unprepared. How could this even compete with modern blockbuster production these days, right? Wrong! That comic-style storytelling, that soundtrack, that fresh coat of paint on the otherwise untouched classic. It all comes perfectly together!

Streets of Rage, known as Bare Knuckle (ベア・ナックル Bea Nakkuru) in Japan, is a trilogy of beat ’em up games developed and published by SEGA in the 1990s. Famously known for its non stop action and electronic dance influenced music – scored by Yuzo Koshiro and Motohiro Kawashima – the series has gained the status of cult classic throughout the years. It is considered one of the best beat ’em up series of all time. After many years, Axel and Blaze are finally picking up the fight where they left.

When you first run Streets of Rage, you are greeted with a menu which urges you to play through the story first. There are four characters to pick from, in the beginning, with more to unlock later. The first four being Axel, Blaze, Cherry, and Floyd. All different in their fighting styles. The story, naturally, consists of bad guys in pursuit of taking over the world and you are to stop them.

Featuring hand-drawn visuals from the team behind 2017’s gorgeous Wonder Boy: The Dragon’s Trap remake, Streets of Rage 4 builds upon the classic trilogy’s gameplay with new mechanics, a fresh story and a gauntlet of dangerous stages with a serious crime problem. Streets of Rage 4 recalls classic gameplay but it stands as an entirely original arcade-style romp thanks to the expertise of Guard Crush Games and Dotemu.

Modern, but true to the original

Graphics, music, and fighting style have stayed very true to the original Streets of Rage style but also of other ‘beat ‘em ups’ like Double Dragon and Golden Axe. Instead of pixelated graphics we now get a fully modern comic-style hand-drawn art. The soundtrack also stays true to the original but much richer with fidelity and I dare to say it that it makes up for the half of total experience by itself! 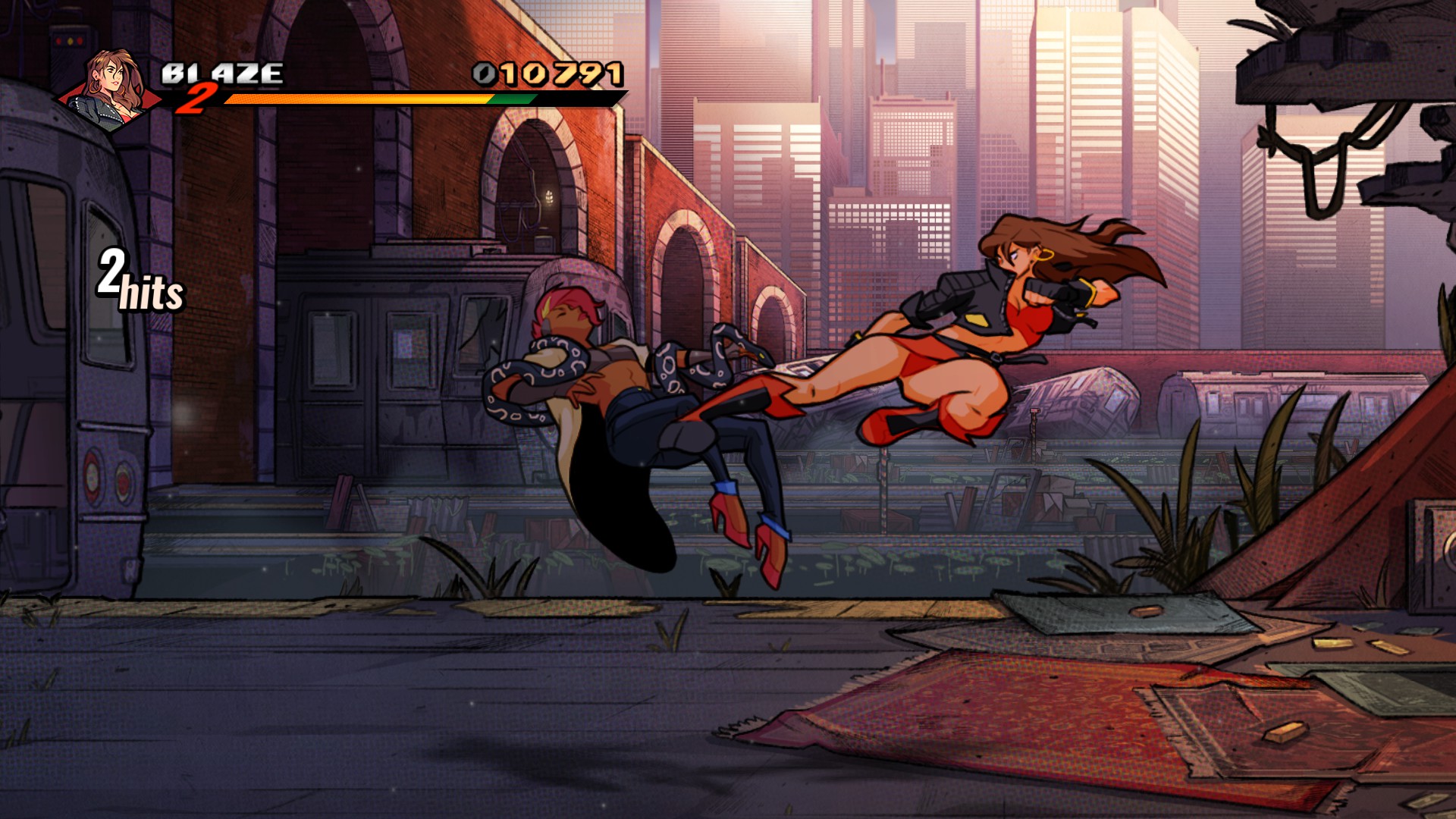 Fighting mechanics is the same as in earlier titles with a few changes here and there but with emphasis on making it feel connected and very satisfying. Special moves and combos work incredibly well and if combined with obstacles like walls you can do quite a bit of damage to your enemy in one go.

Whether players gang up with a friend or clean up the city solo, Streets of Rage 4 is a skull-bashing, chicken-chomping delight all set to a thumping soundtrack sure to get your blood pumping.

Streets of Rage 4 multiplayer offers a ton of fun

One of the key things in Streets of Rage 4 is that it supports multiplayer and it does so in different combinations. Couch co-op, internet co-op with a friend, or with a random and a “versus” PvP mode in all these combinations. Multiplayer mode comes in handy in the story mode if you wish to have a blast with a friend or you just require aid. The only downside being the network code that could use some polish because the gameplay doesn’t feel like it’s 60 fps anymore once you connect with another player. The game offers plenty of options for hardcore gamers as for those with less skill. Unlike the original games, you don’t go from Stage 1 after the “game over” but rather from the Stage where you stopped. Also, when you die, you get a choice to add an extra life or an extra super-power star to help you in your playthrough, but it halves your total score in the end. For the hardcore, there’s a true arcade mode where you get no save-game and you must run through the whole game in one go. Just like the old times! Achievements range from easy ones that you pick-up on the go all the way to a requirement to beat the game on hard mode. 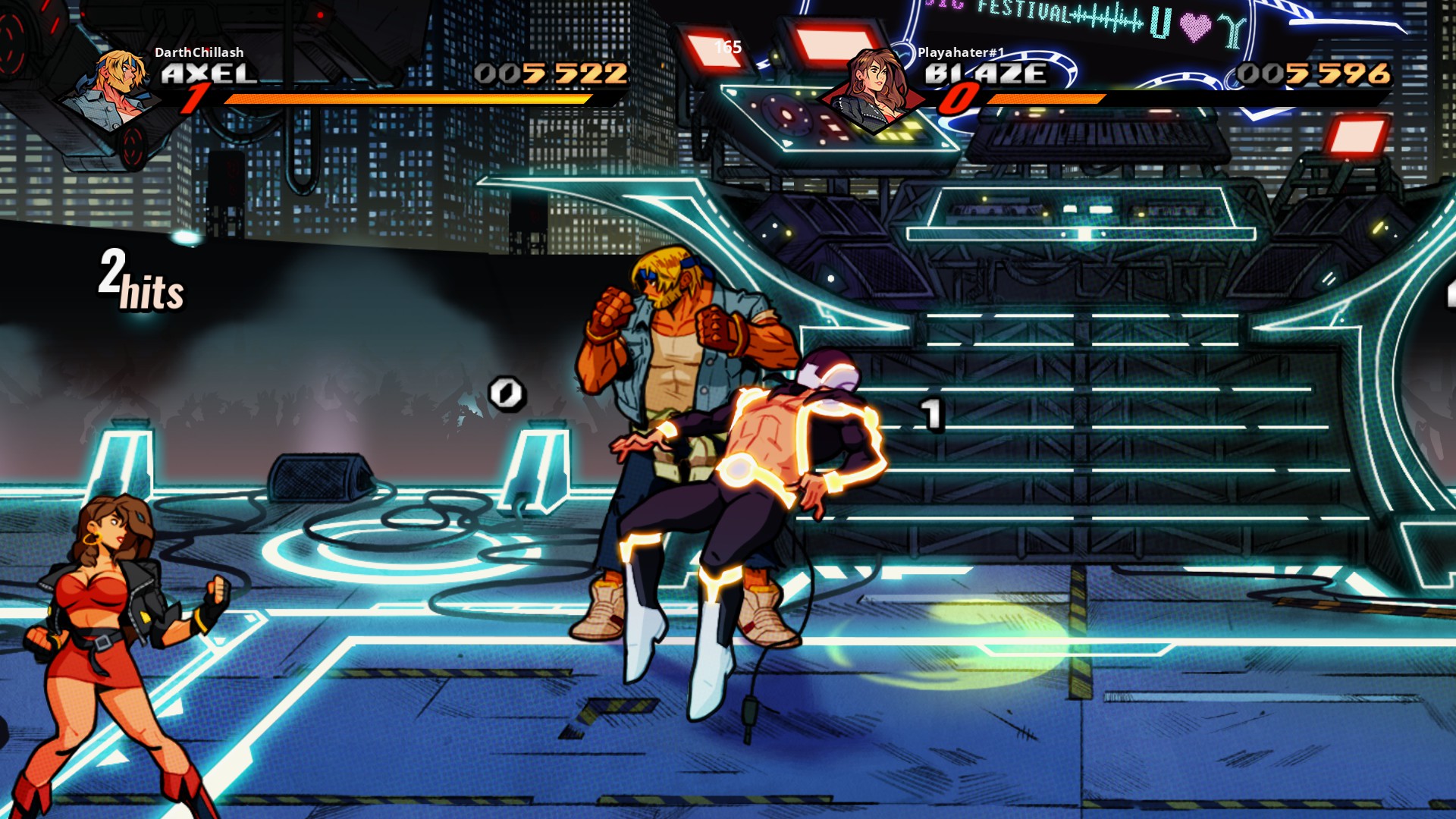 Fun facts: You can change the look of the small and big food items. Don’t like turkey? Swap it for a huge steak or a big bowl of salad! There’s a choice in the menu to swap the game graphics back to the pixelated mode or even a low-res CRT-look. Speaking of which there are secret areas that drop you to an old-school boss arena which you will play only in CRT-mode. You should unlock these! 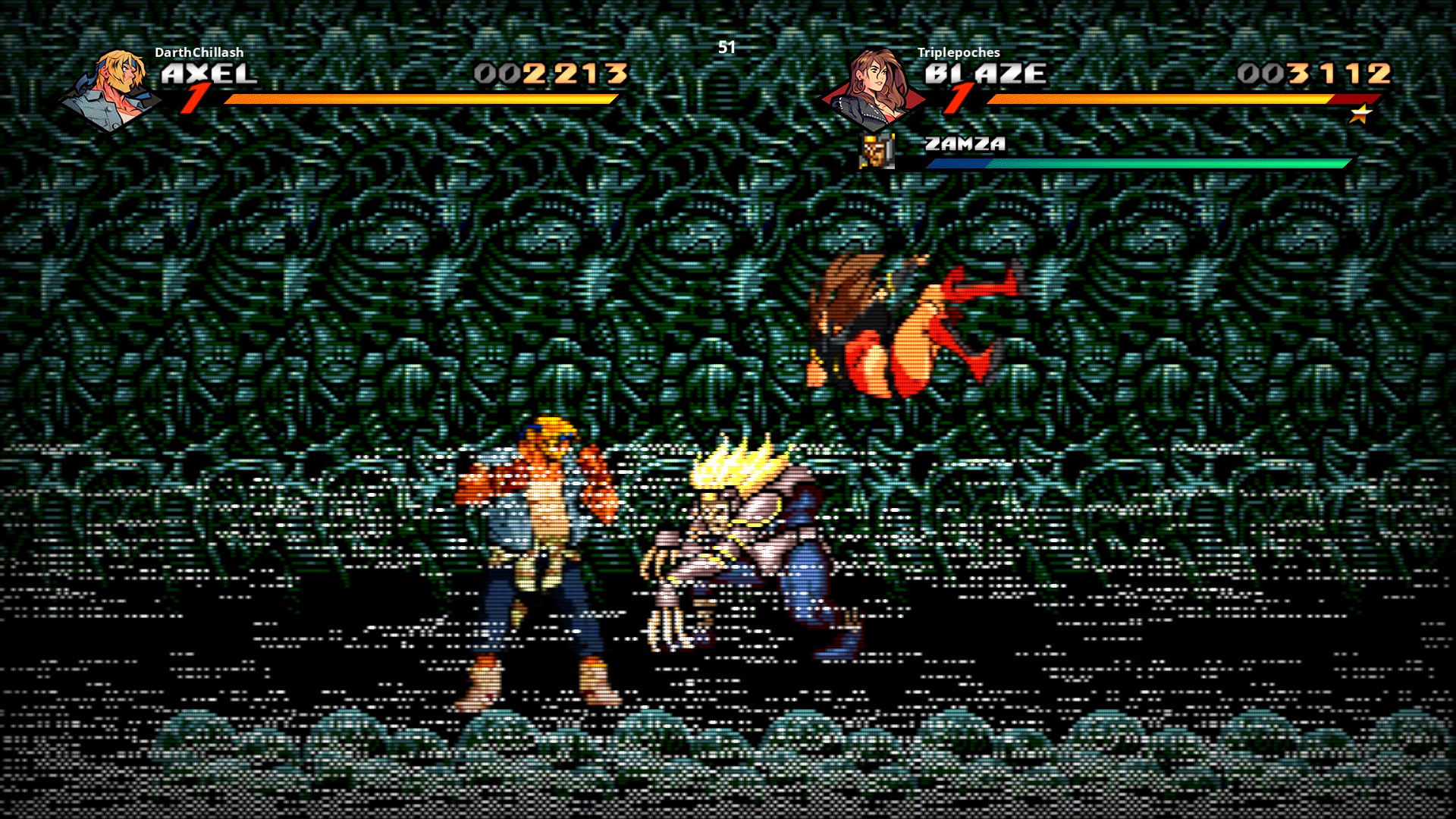 It’s worth mentioning that Streets of Rage 4 is a smooth 60fps title across all platforms and it’s rather low on requirements on the PC. The story has something between one and five hours of content, depending on the difficulty level and your skill, but it offers quite a lot more entertainment after that. Let’s say that beating the story feels like unlocking the true endgame.

Words cannot do this game justice. It really needs a hands-on experience to truly appreciate what the developers did here. The game is available on PC, Xbox, PlayStation, and Nintendo Switch + it’s an Xbox Play Anywhere title which means that if you buy it in the Microsoft Store you get two copies of the game for the price of one for the Xbox and your PC with achievements and progress sync. Also, it’s on Xbox Game Pass on both platforms.