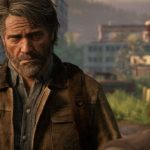 This past week has been probably one of the roughest weeks on Naughty Dog and its fans in recent memories. After a data breach leads to almost 2 hours of footage of the upcoming The Last of Us Part II was leaked. Not only was the footage leaked, but it was also heavily spoiler riddled content from within the game. This led to a large group of fans on social media having a certain story point to be spoiled for them. Many fans are looking for any kind of good news, today we did get one ray of light in this situation.

Today, on social media Naughty Dog’s vice president Neil Druckmann announced some good news in terms of The Last of Us Part II. In a brief video update, he shared that the game had officially gone gold. This means, the game is complete and the game can begin production of physical copies. While the work is not over for the developers, as the team will be working tirelessly to continue to iron out last-minute fixes and bugs. It is no doubt a great milestone for the team at Naughty Dog as we head into the final stretch before launch. There is more riding on The Last of Us Part II more than ever, and we are just over a month away. The Last of Us Part II comes to PlayStation 4 on June 19th, 2020.

Will you be getting The Last of Us Part II day one? Let us know in the comments and don’t forget to check back for the latest gaming news and information.