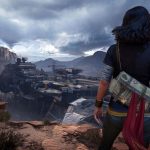 Marvel’s Avengers could be one of the biggest superhero video games of all time. Marvel’s Spider-man and the Batman Arkham games have proved the demand for these games. All Crystal Dynamics has to do, is show they have a solid and well put together game. With the announcement of free upgrades for PlayStation 4, and Xbox One players heading into the next generation. This created a lot of goodwill amongst those curious about the game. Now all we needed was to see some more sweet superhero gameplay.

Today, in an almost 30-minute live stream we got a great in-depth look at the upcoming game. Crystal Dynamics editorial director Casey Lynch showcased a wide variety of aspects of Marvel’s Avengers. From a brand new story trailer, as well as the first look at a single-player mission featuring Thor. We also got our first look at the co-op mode called War Table. The gameplay overall looked very dynamic, with Thor’s combos decimating foes in his wake. This was a very promising look at the game. With many people having doubts about the game prior to this stream. With the amount of content showcased, it gives players a better idea of what to expect from the game this Fall.

You can watch the whole live stream on-demand below.

Are you interested in Marvel’s Avengers? Let us know below and don’t forget to check back for the latest gaming news and information.

Marvel’s Avengers comes to Xbox One, PlayStation 4 and PC on September 4th, 2020.