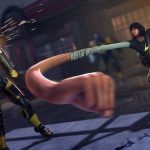 Marvel’s Avengers was officially revealed back at E3 2019 to an explosion of excitement from Marvel fans. Now fast forward to 2020, and it feels like it’s been forever since we have had any news on the game. As anticipation and expectations continue to build leading into next generation. It was only a matter of time before we got more information on the game.

Today, in an official blog post from Square Enix we learned details about the next-generation plans for Marvel Avengers. The least shocking announcement is that the game will be available day one on Xbox Series X and PlayStation 5. In a slightly more shocking announcement though is the ability to upgrade your Xbox One or PlayStation 4 copy. Square Enix will be offering Smart Delivery for Xbox One, and PlayStation 4 owners will be eligible for free upgrades. This is a very smart move by Square, due to the nature of Marvel’s Avengers being a game as a service model.

The next-generation versions of Marvel’s Avengers will fully use the power and speed of the new consoles to their advantage.

This is a great move by Square Enix and Crystal Dynamics. While many people have been hesitant about the game in recent months due to the silence surrounding the game. But with the delay and this new information, on paper things are starting to come together. Here’s hoping that Marvel’s Avengers absolutely blows us all away.