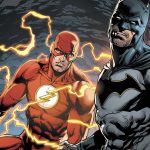 The Hollywood Reporter broke the story yesterday morning after receiving word that DC sent out emails to various retailers. The news should not surprise comic book fans.  Since Diamond was one of the main comic book distributors the services each major comic book company, this was going to happen.

See More: Kingdoms of Amalur Remaster Has Just Been Leaked In The Microsoft Store

Accordingly, fans can now expect Penguin Random House to publish their favorite DC graphic novels and collector editions. Both companies will be working together to provide fans with the comics they love. UCS Comic Distributors and Lunar Distribution will be splitting the workload

“After 25 years, DC and Diamond Comic Distributors are ending their long-standing relationship. Moving forward, comic book retailers can obtain their DC books from Penguin Random House, or their books and periodicals through Lunar or UCS comic book distributors. DC continues to be committed to providing the Direct Market with best in class service and the fans with the world’s greatest comic books.”

Currently, there’s no word if any other company will be joining DC Comics in cutting ties with Diamond. However, it’s only a matter of time before we hear from Marvel and Image Comics following suit. The loss of DC Comics means that Diamond is losing around 30% of the entire comic book market. It’s a serious blow to the industry and an unfortunate casualty of the coronavirus pandemic.