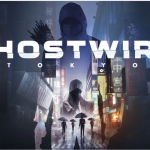 A new trailer for the first-person action game Ghostwire: Tokyo was shown off at Sony’s PS5 reveal event. The game is set to be released in 2021.

Ghostwire: Tokyo was announced at E3 2019 during Bethesda’s Showcase. Tango Gameworks is the team behind the new game and features a distinctive atmosphere set in one of the most popular cities in the world. The game’s first gameplay trailer dropped a release window for 2021.

Per the official description:

“Tokyo is overrun by deadly supernatural forces after 99% of the city’s population vanished. Use a powerful arsenal of spectral abilities to fight the paranormal threat and unravel the mystery behind the mass disappearance. FACE THE UNKNOWN, discover the truth and save the city when GhostWire: Tokyo arrives in 2021, exclusively on PlayStation 5.”

The new trailer gives off similar vibes to 2K’s BioShock series with its first-person action gameplay. The game also goes for a defined cinematic feel with the supernatural elements. The game is slated to release on PS5 in 2021.

Stay tuned to LordsofGaming.net for more coverage on the PS5 Reveal Event.