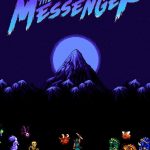 The Messenger is a side-scrolling throwback to the early days of the NES and SNES. A Ninja adventure that blends with the Metroidvania genre and is revered as one of the best Indie games of 2018. It was developed by a Canadian team called Sabotage Studio, and published by Devolver Digital. The game originally released on Nintendo Switch and PC back in 2018. While eventually being ported the PlayStation 4 in March 2019. At this time the game was not available on Xbox One. But that appears to not be the case for much longer.

In a brand new listing on the Microsoft Store, it appears that The Messenger will be coming to Xbox One very soon. As per the official store listing, it states that the game is set to release on June 25th, 2020. Currently, there is no price listing for the game, however, it is currently listed for $19.99 on Steam. So it is safe to assume the game would release on Xbox One for a similar price. The game supports Xbox Live cloud saves, and achievements. There will no doubt be an announcement coming for The Messenger on Xbox One. Now we just have to wait on the official word from Devolver Digital.

You can check out our Interview with some of the developers of The Messenger here.

Will you be picking up The Messenger on Xbox One? Let us know in the comments and don’t forget to check back for the latest gaming news and information.