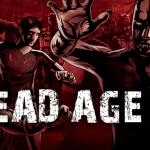 When we think about turned-based RPGs, we hardly consider the zombie apocalypse. This is why Dead Age 2 is such a fascinating effort. The game is a work in progress as its currently in early access. Dead Age 2 weaves many mechanics together in one package. 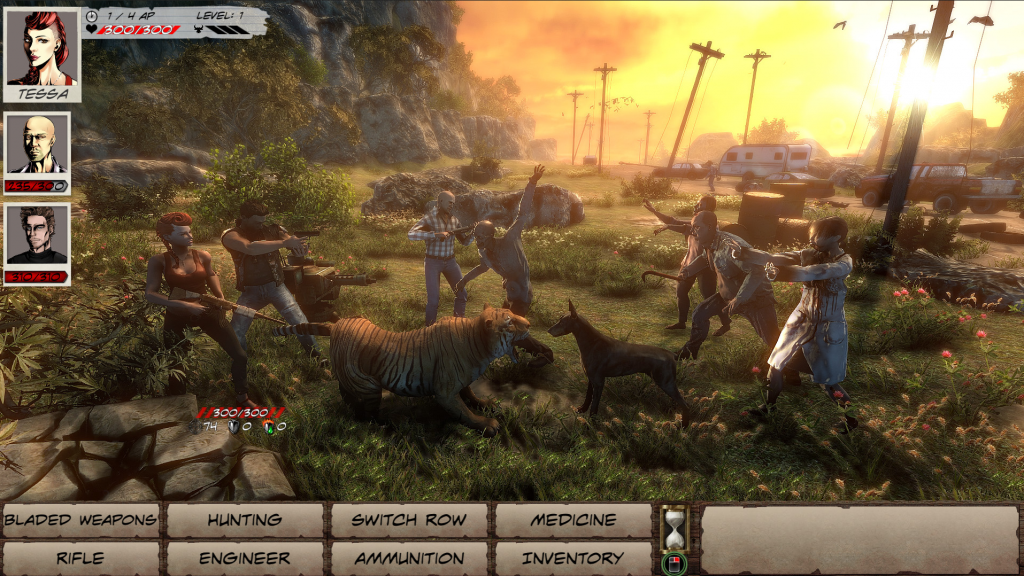 Let’s start off with combat. Like mentioned before, Dead Age 2 combat is turned-based and is very familiar to anyone who played CRPGs will know the deal. The game’s tutorial makes sure you don’t miss a beat. Slowly walking you through combat mechanics and how stats and status effects all factor in the game. Like other CRPGs, AP determines what actions you can perform. Otherwise, you can also save them up to unleash more devastating attacks in the next turn.

Positions also factor into Dead Age 2’s combat. Characters positioned in the back and front determine which attacks you can perform. Of course, being in the back-position voids melee attacks. But players can activate defensive stand, which comes in handy when anticipating an enemy melee attack.

Ranged weapons work as you expect, but of course, are impacted by stats and enemies’ status effects. Players can also craft equipment such as Molotov Cocktails and shock grenades that could make the difference in battle. Naturally, characters will also level-up and acquire new skills. The skill tree is self-explanatory and extensive at the same time.

Roleplaying to Its Core

Dead Age 2 has a typical storyline, but some juicy role-playing elements. What’s good about it though, you do not need to play the first one to get the gist of the sequel. Set 10 years after the initial outbreak, members of Jack’s camp fled to Freedom City and developed a cure for the zombie plague. However, this caused new sets of problems as new factions emerged once the cure was developed.

There are three factions in the game: the merciless Military, the shady Smugglers, and the Independents. Each faction has their own world views and behavior profile. Like any good RPG, reputation factors in heavily in Dead Age 2.

Faction Reputation is a key mechanic in Dead Age 2. Since your choices matter, it’ll ultimately affect how other factions perceive you and your camp. Walking a fine line between them is easier said than done. Did you pay tribute to the Smugglers and expect them to leave you alone? Well, you’re going to get robbed either way. You might need to reach out to multiple factions in order to fend off a common zombie threat. However, there might be a hefty price to pay in order to achieve that.

The game really does a great job of giving players agency in the story and immersing them in the role. Even during expeditions, you’re confronted with little choices that impact gameplay. For instance, checking on a body on the ground could lead to a trap and unnecessary confrontation that will dwindle precious resources.

Light Base Management and Quest System 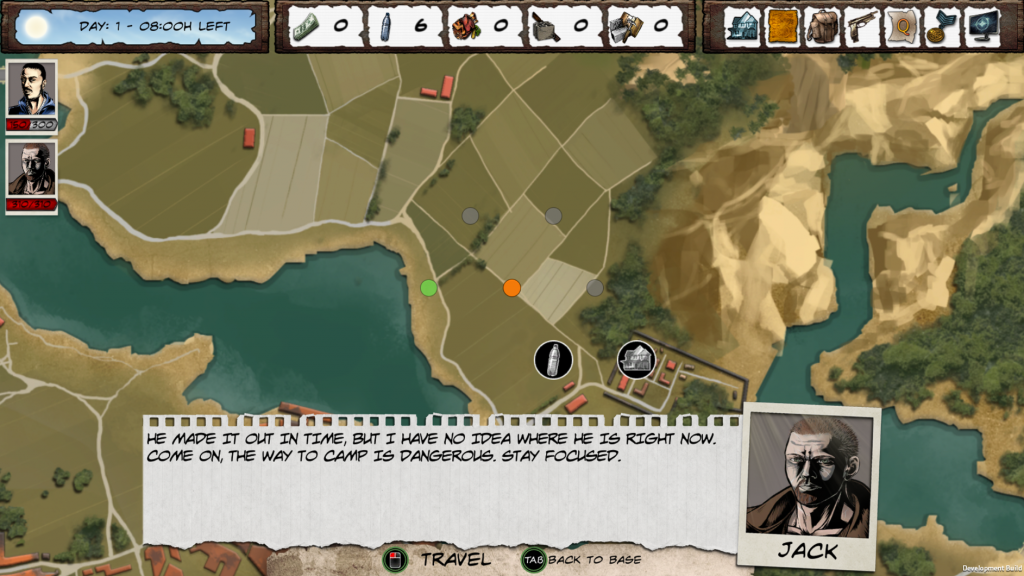 The game features light-base building mechanics. Don’t expect fully rendered visuals that change over time with upgrades. Instead, it looks similar to games like Fallout Shelter. Players can interact in different rooms and areas of the base.

When venturing out on quests, the game turns to its world map. Players can move to adjacent points in order to travel to their main destination. Along the way, you might encounter zombies or other survivors. Each move corresponds to 30 mins in-game time. Venture too far off and you’ll pay the price as hunger and thirst diminish your party’s abilities.

Dead Age 2 never relents in this department. You’re always going to feel stressed and anxious. Whether it’s potential combat encounters with tough enemies or news of an impending zombie horde heading towards your base. The sense of dread oozes throughout Dead Age 2.

Death is not the end in Dead Age 2. Since it incorporates a rogue-lite “runs” system, the game expects you to die so you learn from your mistakes. Of course, permadeath applies to your party members. But if your main character dies, then you must begin a new playthrough. However, the developers softened the blow if you’re forced to start a new playthrough.

Dead Age 2 allows you to purchase upgrades and advantages that you unlocked in previous runs. The randomly-generated world also ensures that each run is unique and players must adapt to their circumstances. This is a staple of any game boasting about their roguelike design.

Graphically, Dead Age 2 steps up from its predecessor. Characters, animals, and NPCs are appropriately detailed. The game features tons of blood and gore as expected from any zombie game. For instance, the Crawler is a leg-less zombie that has its intestines exposed on the ground. Also, character and environmental designs are limited and become repetitive quickly. The game features comic-book style dialogue boxes and fonts. Yet, in terms of its animations, it’s a hit and miss affair.

Attack animations happen as they should. Swinging a crowbar is depicted as it should. But, the miss comes in the form of animation transitions, which are often janky. This could be because of Dead Age 2’s turn-based game design and early access status. Regardless, developers Silent Dreams reassured fans that they are committed to updating the game regularly since it’s a work-in-progress.

My experience with the game is also a bit baffling as well. I couldn’t help but notice every time I booted up the game, it would disconnect my internet for some reason. This required the good-old remove and reinsert the power cord method, but it’s still strange and worth mentioning nonetheless.

Although Dead Age 2 is still in early access and will have bugs it has a solid foundation to build upon. Though graphically it’s not the best-looking game out there, it’s definitely a step up from its predecessor. Where the game does shine though is its roleplaying mechanics and player agency.

Your choices do matter, no matter how big or small. This is truly a breath of fresh air from AAA that over-promise and under-deliver impacting choices. Silent Dreams are regularly updating the game, so rest assured the game is receiving proper support it needs.

If you’re interested in Dead Age 2, be sure to check out its Steam page listing here. Our very own Lord Addict of Iron Lords podcast gave his video impressions below.