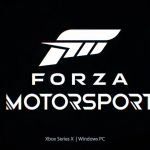 Forza Motorsport is now in development. Turn 10’s next racing installment was announced for Xbox Series X today during the Xbox Games Showcase. Phil Spencer, head of Xbox Game Studios, prefaced the trailer with a statement on Forza’s commitment to realism:

“One studio that has always pushed the limits of our hardware is Turn 10, and they’re early in development on the next Forza Motorsport,” Spencer said. “Xbox is bringing them closer to their dream of unprecedented realism with raytracing and native 4K resolution, all at 60 frames per second.”

The Forza series has been a tentpole for the Xbox One. Forza Horizon compliments the Motorsport titles as a separate type of racing game. This series makes up half of the ten best-selling Xbox One exclusive titles, and stands with Halo and Gears of War as Xbox’s biggest series.

Forza Motorsport does not currently have a release date.