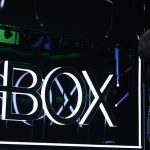 It’s finally time to find out what Xbox truly has in store for the next generation of gaming. On July 23rd, the Xbox Games Showcase will make its debut to fans worldwide. This is where we will get a chance to see upcoming AAA titles from Xbox Game Studios, third party exclusive partnerships, and potentially a few other things. The reveal of the price for Xbox Series X, as well as the announcement of the Xbox Series S or “Project Lockhart“. We could also potentially see an announcement of a new studio acquisition, but who knows what will actually be in store! It’s safe to be skeptical of those last three possibilities.

The show officially starts at 9amPST, 12pmEST for the Xbox Game Showcase. There is also a Summer Games Fest pre-show happening one hour beforehand, hosted by Geoff Keighley. If it’s anything like the one that was before the Ps5 showcase, it will be a fun talk with some guests about what may happen at the show. There’s really only one way to find out, so tune in on July 23rd and get ready to see some Halo: Infinite, Everwild, and more unannounced titles! Keep in mind, this won’t be everything they have to show.