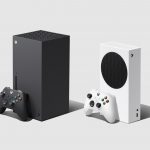 You are reading
Xbox Celebrates Biggest Launch In Brands History

2020 has been an incredible year in a lot of ways. While we have seen many challenges that have been brought upon us due to the COVID-19 pandemic. However, if there has been one industry that has continued to push forward, adapt, and overcome the challenge. It is undoubtedly the video game industry, which despite everything has seen massive growth this year. While this is no doubt driven heavily by many people being forced to stay home due to social restrictions. It has driven video games into a whole new level of success, and it could not come at a better time. With the launch of next-generation Xbox and PlayStation consoles this past week. It gave many people something to be excited about.

Xbox officially kicked off their next generation with the release of two consoles both catering to two different types of players. The Xbox Series X is a play to the hardcore audience, who wants the most premium machine to enter into the Xbox ecosystem. Alongside the Xbox Series S, the smaller and more compact Xbox console focused on affordability. While many have discussed the upsides and downsides of the 2 SKU approach, the proof is certainly in the pudding. Xbox made a good decision, as the company shared some interesting data about the Xbox launch.

An Xbox Launch For The Books

In a blog post on the Xbox Wire official site, the company shared some very compelling data points about the success of the launch of the next-generation Xbox. This marked the biggest launch in the brands’ history as the console launched in over 40 country’s. This truly shows how Xbox is trying to push itself to be a more global brand heading into this generation. Xbox sold more new consoles with this launch than any other launch prior. This is an incredible feat, it is also worth noting that the Xbox Series S added the most players for any Xbox console at launch ever. Which makes Xbox’s “budget” box appear to already be paying dividends.

Some other interesting data included over 3,594 unique games that were played across 4 generations. Xbox’s focus on delivering a forward-thinking backward compatibility program appears to be striking gold with new players and old players alike. Then, of course, the one metric that sticks out the most is that over 70% of Xbox Series X & S owners are either new or existing subscribers to Xbox Game Pass. Xbox Game Pass feels almost unbelievable at this point, especially with the amount of ground it has conquered in its only a few years on the market. It will be interesting to see how the service grows when games like Elder Scrolls 6, Halo Infinite, and more join the service in the future.

While Xbox’s launch lineup was soft, in comparison to the PlayStation 5. This data shows, that Xbox is making a worthwhile pitch to both the causal and hardcore gaming audience. With services like Xbox Game Pass changing many players buying habits. To pushing to make gaming more accessible through the adaptive controller, more in-game accessibility options. As well as making the lowest price point $299 to step into a next-generation console. The immediate future looks bright for the Xbox brand, and as their first-party studios begin to line up and start releasing game after game. It will certainly be interesting to see how the brand grows across this generation. Especially when the possibility of consistently incredible games appears to be on the horizon. However, for now, congrats to Microsoft on an amazing Xbox Launch.