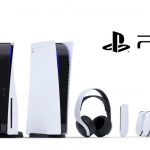 You are reading
PS5 Hardware Finally Revealed and It’s Amazing

Sony has finally peeled back the curtain on its PS5 hardware, and it is amazing. The PS5 is indeed going to be all mostly white, in defiance of our predictions for the event. In fact, Sony went so far as to showcase an entire lineup of hardware.

Similar to previous generations, there will be multiple SKUs of the PS5; however, the PS5 will come with a digital-only box without a disc drive. There are no details on if there are any other differences between boxes, though a bigger hard drive on the digital box would not be unwelcome. A charging dock, headset, HD camera, and remote controller were also shown. There was no price announced or release date. Sony is doubtless looking at Microsoft to see who flinches first when it comes to pricing details.

Earlier in the year, Sony did a technical breakdown of the system with a special focus on the 3D audio. We did a full breakdown of how the PS5 and Xbox Series X Hardware stacked up. It gave the slight edge to the Xbox Series X, but the custom SSD of the PlayStation could be a game changer.

For all the coverage of the PS5 reveal event, keep it locked here on Lords of Gaming.