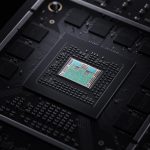 Xbox Lockhart has been rumored for at least 2 years now. The first bit of info on it was leaked by Brad Sams. Followed by a few other journalists such as Jez Corden of Windows Central or Tom Warren of The Verge. Unfortunately, other than leaks reported by these reputable sources, we have not received any official information from Microsoft. However, it seems like we finally have proof that Xbox Lockhart is real. Developers might also be already working on game optimizations for it.

Twitter user TitleOS found references to Xbox Lockhart in what seems to be Windows OS libraries. In the list below we see codenames of current-gen Xbox One consoles like Xbox-Durango (Xbox One), Xbox-Scorpio (Xbox One X) but also Xbox-Anaconda ( Xbox Series X) and Xbox-Lockhart.

Even though this is not official information, Microsoft would not be adding dynamic libraries files to Windows operating system ( Dev Kit OS probably) if Xbox Lockhart did not exist.

Xbox Lockhart according to the latest rumors, is to be a less powerful next-gen Xbox console. It would come with similar specs in terms of CPU, I/O, and SSD but with a less capable GPU and probably less RAM. If true, such a console would be capable of running next-generation games at 1080p/1440p 60 FPS. I do hope to hear more about this machine in the coming weeks. More than likely the beginning of July during the Xbox Series X event.