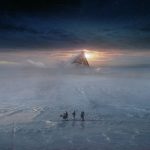 You are reading
Destiny 2 is Coming to Game Pass

Big changes are in store for Destiny 2 later this year with Beyond Light. One of them being that the game will join Xbox GamePass with all the expansions included. This means you can now play vanilla Destiny 2, Forsaken, Shadowkeep and Beyond Light all for free.

The new expansion, Destiny: Beyond Light was announced earlier this summer in addition to the next two large expansions. The series will see Guardians taking on powers of the Darkness for the first time ever in the series. This new subclass with be centered around Stasis powers. This will enable Guardians to freeze enemies in place and build platforms in the world. A new zone, Europa, will launch as well along with a raid into the Deep Stone Crypt. Players can experience all this when it launches in November.