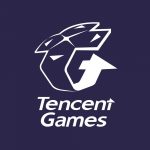 You are reading
Tencent Creates U.S. Based AAA Studio

Tencent continues to expand its reach into the gaming market. This time taking advantage of the talent based out in LA, with a new studio dubbed LightSpeed LA. They aim to create games in the AAA market space, giving Tencent a total of four studios under their gaming branch. LightSpeed LA is helmed by a very notable figure, Rockstar veteran Steve Martin. He will take up the roles of executive producer of development, as well as the studio head. Their recruitment has already picked up some interesting talent from other notable studios too, such as Rockstar, Respawn, Insomniac, and 2K.

Thanks to Gamesindustry.biz for being the source of this information