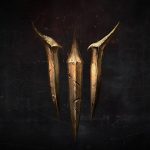 When it was announced at E3 2019 that Baldur’s Gate 3 would finally become a reality. Long time fans of the game lost their mind with the announcement. This would be the first new mainline installment in the franchise since Baldur’s Gate II: Shadows Of Amn. It has been 20 years since that game launched on PC. Now with the creative minds of Larian Studios who created the impressive Divinity Original Sin games developing the title. It feels like the sky is the limit for the game, it was supposed to launch into early access sometime during August 2020. However, this launch window has now been shifted ahead.

Baldur’s Gate 3 Has Been Pushed Back

Today, via the official Larian Studios Twitter account, we learned that Baldur’s Gate 3 will no longer be launching into Early Access in August. While this may be disappointing to fans, it was noted by Larian during their last update that this could happen. Fans won’t have to wait long to find out when the official release date will be. Larian clarified that there will be a special “Panel From Hell” that will reveal the official release date for Baldur’s Gate 3. The panel is set to go live on August 18th at 10:00 am PT. The panel will feature Geoff Keighley, Chris Perkins, Swen Vincke, and developers from Larian Studios.

Good news and bad news. BG3 won’t hit August, but it’s just around the corner. We’ll be announcing the release date, as well as big news on the Panel From Hell alongside @geoffkeighley, @LarAtLarian and the Larian crew. Tune in Aug 18th. https://t.co/S1RlVpJ8yw pic.twitter.com/NCkrnHHpH0

They also hinted that the game has not moved that far, and it is still just around the corner. This delay is understandable with the conditions many studios have had to adapt to due to COVID-19. It is good for fans that Larian has been very open and clear while communicating through these challenges.

Will you be checking out Baldur’s Gate 3 during early access? Let us know in the comments and don’t forget to check back for the latest gaming news and information.