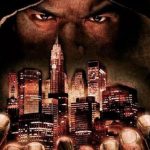 You are reading
Def Jam Recordings Is Teasing Something Gaming Related

Def Jam: Fight For NY has often been considered to be one of the hidden gems of the PlayStation 2. Before battle royale ruled the industry, a game existed where your favorite rappers beat the tar out of each other. While the franchise has been long dead and forgotten. With the last game Def Jam: Icon releasing on PS3 and Xbox 360 back in 2007. Def Jam Recordings the long time hip hop record label has been teasing something gaming related the past few days.

Yesterday, they sent a post out on Twitter and talked about how they had heard how much fans had been asking for a new game. It is true, with so few games that really capture the style and attitude of the franchise. However, a ton of brand accounts are constantly testing the waters for a new game in a long-dead franchise. It typically has very little real “meat” to it.

However, in a follow-up tweet early this morning. The official account said they had a special announcement when their account hit 1 million followers. While what this special announcement could be is very much up in the air. Could it possibly be a remake of Def Jam: Streets of NY? Or could it potentially be a new game featuring some of the hottest new artists? Or could it simply be a mobile game? Only time will tell, as their account currently sits just 8k followers short of their goal. We won’t have to wait long to find out what this announcement is.

Once our twitter hits 1M, we have a special announcement for y’all ! 🎮

Would you be interested in a new Def Jam game? Let us know in the comments and don’t forget to check back for the latest gaming news and information.