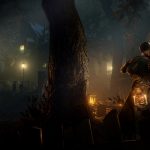 You are reading
PlayStation Plus In October Brings A Bite

As with every month, thanks to Sony, two games are playable on the PlayStation 4. On offer next month for PlayStation Plus on October 6th we have:

Need for Speed: Payback is the latest installment of the classic Need for Speed franchise. The game was developed by Ghost Games and published by Electronic Arts. The game is described as followed:

Set in the underworld of Fortune Valley, you and your crew are reunited by a search for vengeance against The House, a nefarious cartel that rules the city’s casinos, criminals, and cops. In this corrupt gambler’s paradise, the stakes are high and The House always wins. Play a variety of events as Tyler, Mac, and Jess. Earn the respect of the Valley’s underground and compete in the ultimate race to finally take down The House.

Vampyr is a game developed by DontNod and published by Focus Home Interactive. They describe the game as followed:

London, 1918. You are newly-turned Vampyr Dr. Jonathan Reid. As a doctor, you must find a cure to save the city’s flu-ravaged citizens. As a Vampyr, you are cursed to feed on those you vowed to heal.

Will you embrace the monster within? Survive and fight against Vampyr hunters, undead skals, and other supernatural creatures. Use your unholy powers to manipulate and delve into the lives of those around you, to decide who will be your next victim. Struggle to live with your decisions… your actions will save or doom London.