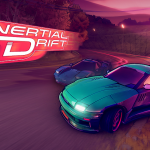 You are reading
Review – Inertial Drift 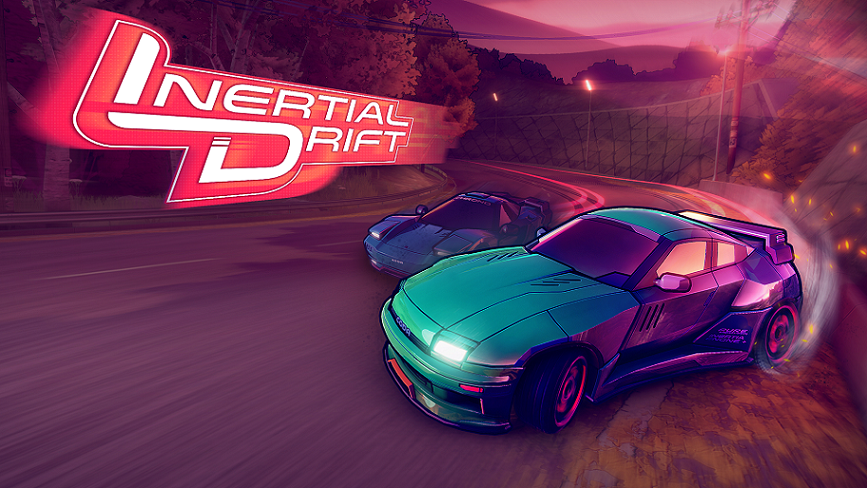 Inertial Drift from Level 91 Entertainment based out of Northern Ireland takes a swing at creating an arcade-style-racer, which is something we don’t see a lot of anymore. The game’s hook is apparent from your first look.  It has a beautiful cell-shaded art style with bright vibrant colors. However, as you dig into the game there isn’t a lot to look at.

A Quarter Mile At A Time

Inertial Drift’s flaws start to become apparent after you get past the looks. The 3.84 GB install size is a telling sign of what’s to come with the game’s volume and scope. Once you get to the menu, you will see there are six modes: Story, Challenge, Arcade, Grand Prix, Split-Screen, and Online. The story mode takes you through a two to four hour campaign where you have text dialog with characters before and after events. Challenge mode gives you goals to beat with each car in different event types. The Grand Prix mode gives you three attempts to clear five events. Arcade lets you free play. Along with, two-player Split-Screen and Online multiplayer versions of Arcade. It is all very standard for a racing game in 2012, much less 2020.

How Does It Handle? 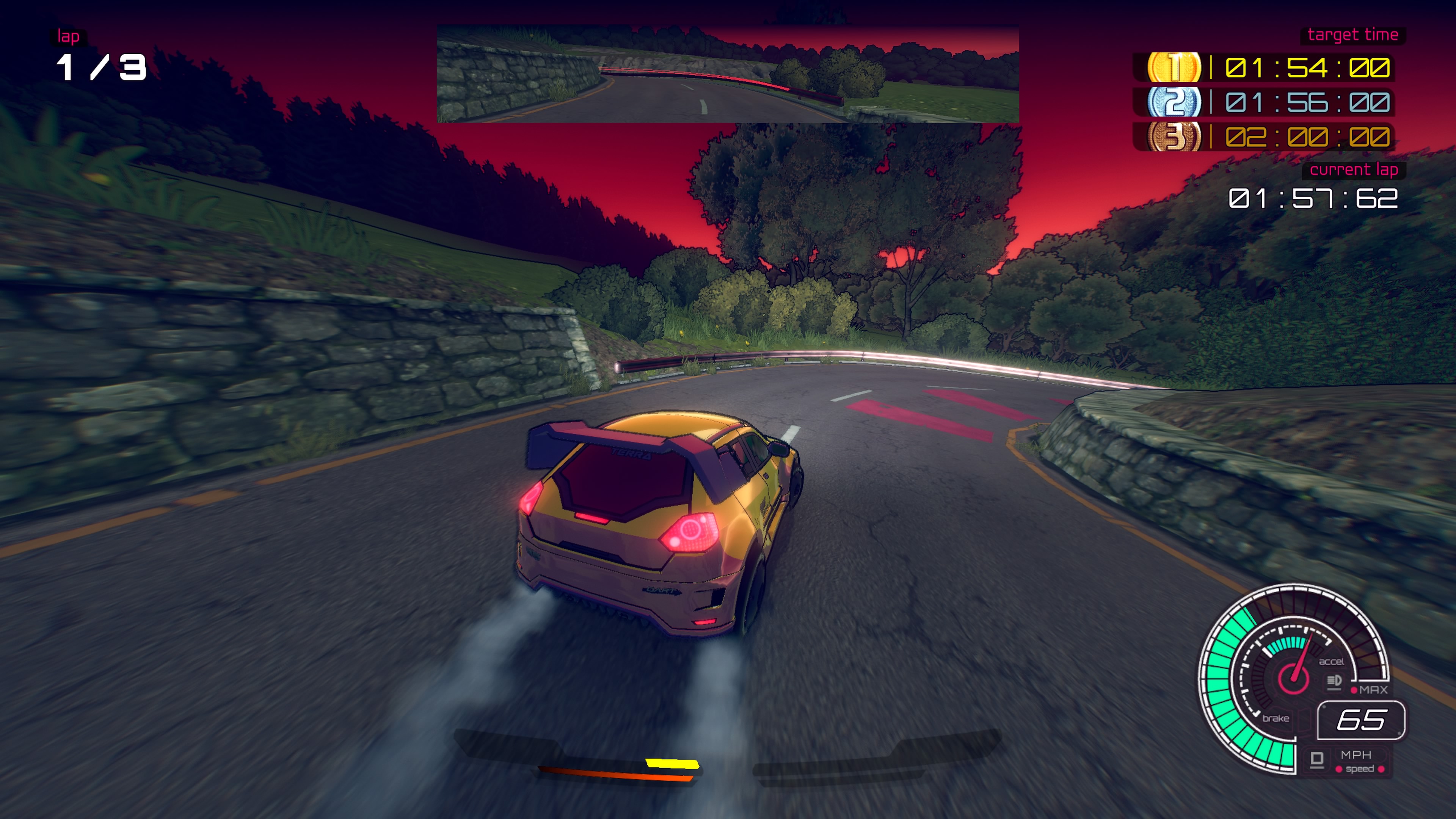 Captured on a PS4 Pro.

Once you get started in a race, you will notice Inertial Drift has something cool and different within its control scheme. I am so used to just knowing how a racing game controls before I even start. The throttle is on the right trigger, the break is on the left trigger and you use the stick to steer. However, Inertial Drift uses “Twin-Stick” steering. You steer and drift the car around corners using both the right stick and the left stick at the same time. You almost have to take some time to build muscle memory and re-learn how to drive a car in a game again. It is a fun and unique way to have an original arcade-racer.

After learning how to drive, I decided to attack the Story mode. When you begin, you select a character with their paired car. There are four different characters to choose from, none of which are terribly exciting unless you can relate to a high school senior. The story mode takes you through five tracks with three events each. In the style event, you earn points based on how well you drift. This is followed by a race against a ghost car and then an actual race against a real car. There isn’t much of a difference between the latter two because the game doesn’t have a collision system. You just phase through the other cars you bump into.

So You Wanna Race Huh? 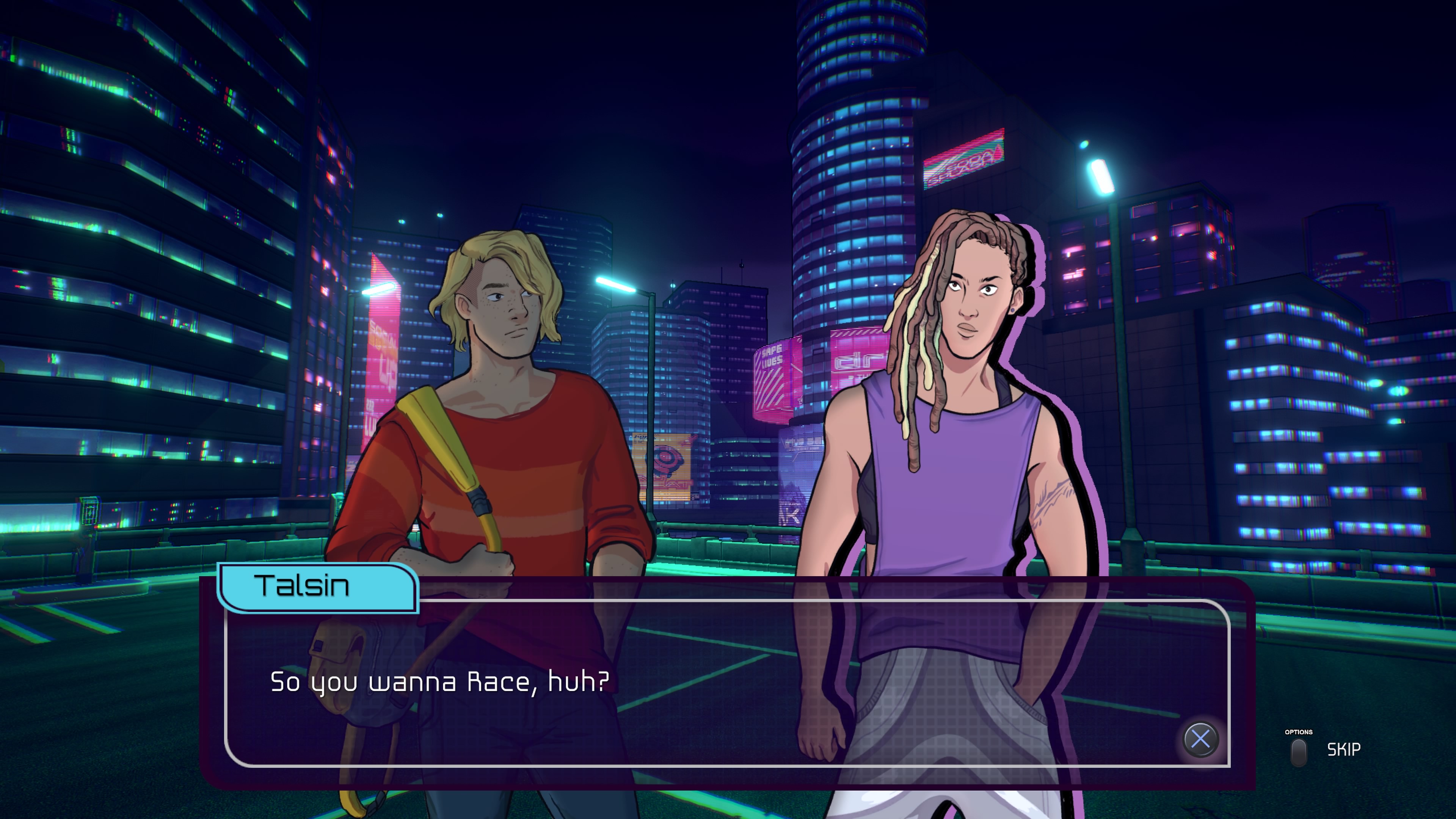 As for the actual story, the story beats of text dialog that pop up before and after races are terrible. They will change depending on how you did in the race but, it doesn’t change from being boring and meaningless. Nothing actually happens in the story. It’s equivalent to the game saying “Yay you did it!” Or “Oh no try again loser” after each race. The game would be much better off with it being removed and having some sort of unlocking progression system.

That is of course if there was anything meaningful to unlock. In some modes, you can change the color of your car, that’s it. That’s all there is in the game in terms of progression and modification. Inertial Drift evokes memories of games like Midnight Club that had deep car modification systems or license based progression. The only thing Inertial Drift has for progression in its campaign is a dialog box that is the emotional equivalent to “you beat the game” and some rolling credits.

The story mode also has a strange pacing issue and some minor issues I might even consider to be bugs. The story mode starts off way too easy. In addition to that, I could not find any difficulty sliders. Indeed, the difficulty remains consistently low until you get to the second to last event in the game. For some reason, I found this particular Style event to be unbelievably hard, and it took me nearly an hour just to get third place in the event. Then the final race returns to the previous level of difficulty.  One of the problems I had with Style events is that the game doesn’t count points you are accruing as you cross the finish line. Points only accrue when you come out of the drift for one to two seconds. So you can drift through a huge chunk of the race in one single drift but, if a tire touches the dirt outside the track or you cross the finish line you lose that entire drift. 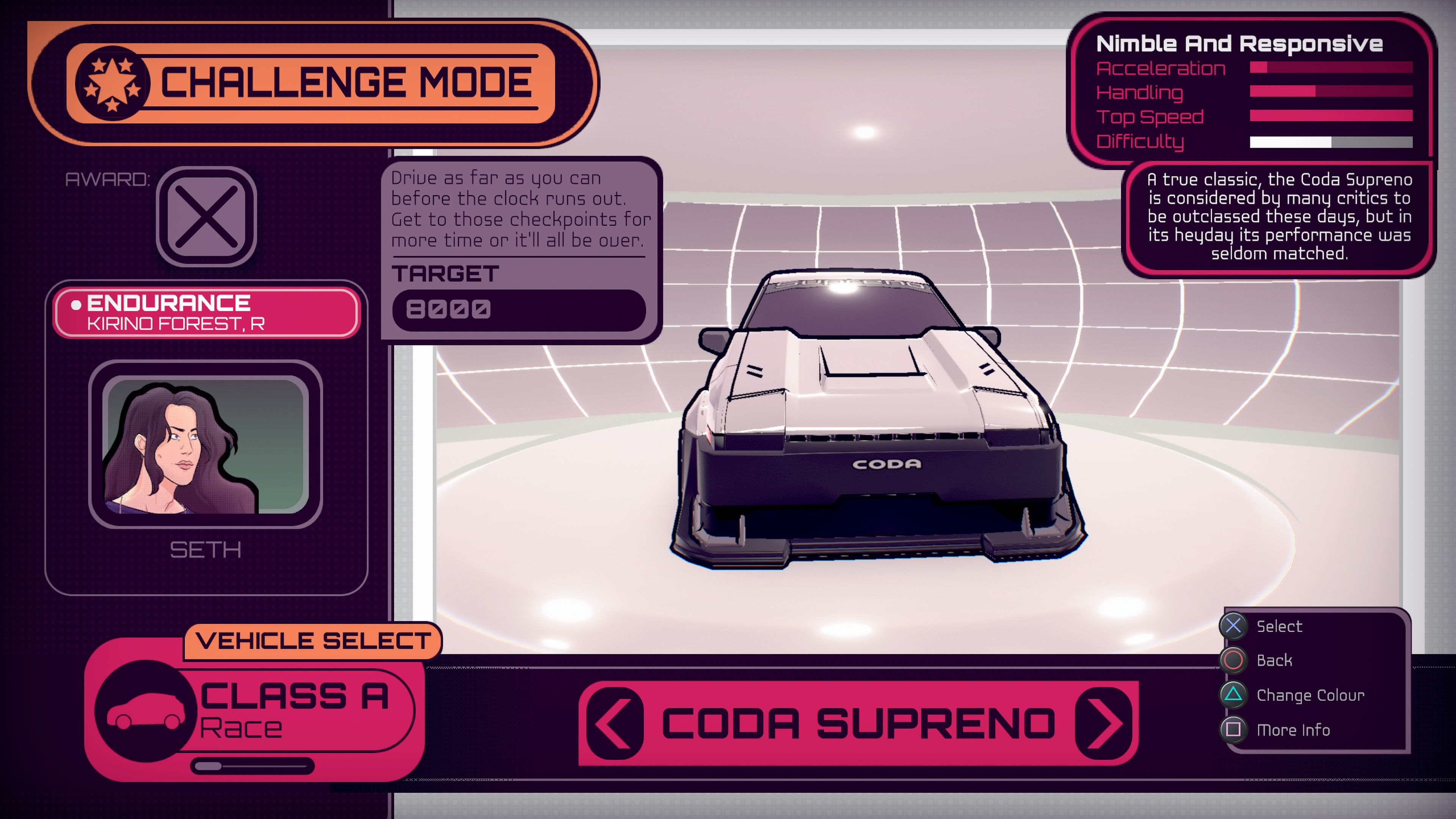 Outside of the story mode, there are a few ways to play the game both offline and online. There are 12 cars to choose from and 10 tracks you can play. Each track has the option to be played backward so there are technically 20 tracks total. You also have the option to race, compete in time challenges, as well as Style events. Each of the cars that I tried in both Challenge and Arcade mode felt vastly different. You can really feel the balancing between the cars if they are slower and handle well or are faster and handle poorly. I did notice that all of the cars felt small to me. I am not sure if it’s the scaling of the cars against the tracks or the lighting effects, the cars felt more like RC cars from Rocket League than actual cars.

When I first discovered Inertial Drift, it evoked 20-year-old memories of games like Auto Modellista, Initial D, and Midnight Club. What we inevitably get is a game that has a volume of content we would come to expect from a mobile game. In addition, a Story mode that can’t be taken seriously. I did enjoy the unique way the game plays as well as the visuals. Looking back, it was probably a mistake to compare a small indie game to big-budget classic games made by some of the largest publishers on the planet. However, I can’t justifiably recommend a game that has no real progression system.

Inertial Drift will be hitting digital and physical storefronts on September 11th when it releases for the Switch, PC, Xbox, and PlayStation 4. The physical release will be $30, while the digital edition will be $20.

6
Inertial Drift is a fun concept but, that's it.