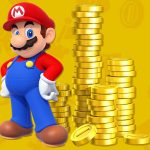 You are reading
Super Mario 3D Collection Is Painfully Nintendo

Nintendo is one of the most legendary players in the video game industry. Spanning almost 40 years since the release of the Famicom in 1983 all the way to the modern Nintendo Switch. The company has had not only compelling hardware but also some of the most classic software. Mario, Legend of Zelda, Pokemon, Donkey Kong, are just some of the company’s most legendary IP and characters. Nintendo has a collective universe of characters that could quite possibly meet the firepower of the Avengers. While Nintendo is applauded for its focus on delivering fun, and enjoyable family experiences. Sometimes it’s hard to be a fan. Especially when Nintendo has a history of having big “but” moments with their games. This appears to be no different with the Super Mario 3D Collection that was just revealed.

A History Of Why?

Nintendo has a history of making some pretty head-scratching decisions. One that personally stuck out to me as a fan, was during the era of the Wii-U. The console had a serious software issue in terms of games being released. Nintendo’s first-party support was few and far between early on, while 3rd party support dropped off quickly after launch. This left the console in a precarious state. One of the most puzzling decisions to me was when Luigi’s Mansion: Dark Moon was released on 3DS, but the game never made its way to the Wii-U. While I understand that the 3DS at the time was a runaway success for Nintendo. It felt strange that a franchise that began on console with the Gamecube, wouldn’t come to their latest hardware. Especially considering the Wii-U went on to struggle exponentially.

This is just one of many examples of Nintendo’s history of making life for its fans hard. The fact that in 2020 Nintendo’s paid online system doesn’t use usernames but a mash-up of characters to make a friend code. In a world where ease of access and use is a huge part of a player’s overall experience. The $60 Nintendo tax, in which every game no matter if it’s a remaster from the Wii-U or a new first-party release. Its a guarantee you will be paying full price for that game for the next 2 years.  The debacle of Animal Crossing: New Horizons not being able to have multiple islands on a single Switch. The list just goes on and on, however they hit a brand new low with the announcement of the Super Mario 3D Collection that is simply called Super Mario 3D All-Stars.

I am going to state very clearly here and that is I was extremely excited about this collection. Even though it would have been great to see the ports get some important TLC and improvements. There is no doubt that a collection containing Super Mario 64, Super Mario Sunshine, and Super Mario Galaxy. Tracking original versions of these games would cost you an arm and a leg, so getting all three for $60? That doesn’t sound like a bad proposition. However, there is one big “HUH” moment in what should be an exciting announcement. The game will only be available to purchase for a limited time, both physically and digitally. The game will launch on September 18th and then will only be able to purchase until March 2021.

This is an absolutely head-scratching decision by Nintendo, that leaves many questions unanswered. The biggest and probably most important question is of course why? It makes no sense at all that this collection will only be available for purchase for just a little over 6 months. Could you imagine the backlash if the Tony Hawk Remasters from Activision had done this? The internet would have literally exploded from the mass uploading of “anti-consumer” YouTube videos. While Nintendo IP are some of the most cherished in the industry, Nintendo has an odd way of taking care of them admittedly and it truly hurts fans. The release of these games in this collection is perfectly fine, under normal circumstances I would be a day one buyer. But as it sits right now, I have a big question mark on whether I want to support this game and its practices.

While speculation is running wild about what this could mean for the collection in the long run. It does create a dangerous line in the sand for the future of gaming software. While no doubt many aspects of gaming revolving around limited-run collectors editions and collectibles. But never before in my many years of gaming have I seen a game have a limited physical and digital release date. This could happen if for example there was an issue with the publishing rights of the game. Or if perhaps the IP was in contention between two companies. Then I could see why a limited-time run could possibly happen. But these are Mario games that are owned, published, and created by Nintendo. It simply makes no sense.

It makes me worry though, could this become a practice that Nintendo uses to drive software sales? While the Nintendo Switch has had phenomenal success in terms of software sales. What does this 6-month deadline do? Instead of selling copies over a period of the next few years. It forces players to immediately drop the money in a short period of time. Instead of people potentially waiting for a discount or to pick up a used copy down the line. What this 6-month limit guarantees are a ton of people will buy this game in order to not miss out. Or other players might miss out due to sheer financial limitations due to the current downturn in the economy. What about the physical copies of the game? You don’t even have to ask, scalping in the video game space is terrible at the best of times. These copies will no doubt be snagged up instantly and sold for double or even triple the value if the collection gets pulled in March 2021.

Sending A Message To Nintendo

The common phrase that is often used, is that we as consumers should vote with our wallet. I have often skipped games do to publisher mishandling or shady monetization practices. I have never “boycotted” a game, but I will often simply avoid a title. However, with Nintendo, it is incredibly hard to send this message, due to the sheer volume of casual consumers on the platform.  Your average consumer is going to see a collection of classic Mario titles for $60 and will either make the purchase or won’t. This collection will be a massive success for Nintendo without a doubt, and this practice will be overshadowed by these numbers. We saw this with all the outrage surrounding Animal Crossing: New Horizons and the mismessaging and confusion about save files. Nintendo’s messaging was terrible, the lack of multiple saves in the game is a disappointment. But the game is one of the best selling games of 2020 as per NPD.

Nintendo has clearly made a history of making questionable decisions, this is probably their biggest. As a long time fan of Nintendo, it hurts to see the company continue to make these tone deaf decisions. While also getting a pass from majority of fans due to the fact of the company’s legacy. If this was PlayStation or Xbox we would be holding their feet to the flames over this. I hope Nintendo will clarify what exactly the future of this collection will be after March 2021. Could they simply be released as individual games at a $30 price tag after March 2021? Or will they actually go away forever? The Super Mario 3D Collection has a ton of questions surrounding it. Unfortunately, I feel like they will be left unanswered and this game will sell millions.