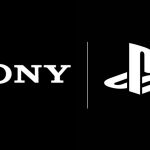 Yesterday, a Bloomberg report was released that suggests that Sony had made adjustments to its production plans for the PlayStation 5. In the report due to problems with SOC chipsets, Sony had reportedly internally lowered production expectations. Originally slated for 15 million units by March 2021, it was then lowered to 11 million units by March 2021. However, Sony has publically responded to this report today to provide the company’s side of the story.

“While we do not release details related to manufacturing, the information provided by Bloomberg is false. We have not changed the production number for PlayStation 5 since the start of mass production.”

It is very rare that we get official statements this quickly from gaming divisions. However, after Sony’s stock dipped by 3.1% yesterday after the news broke. It makes sense that Sony would want to get in front of this report as quickly as possible. While some may question whether or not Sony is being 100% honest in regards to this report. Due to the fact this information was reportedly from partners in the manufacturing processes of the PlayStation 5. We will likely never know what is truly going on behind the scenes in these private meetings. But as it stands right now, PlayStation 5 remains full steam ahead in terms of its production goals. As we eagerly await more information about the upcoming next-generation console from Sony and their partners.

What do you think of this updated information from Sony? Let us know in the comments and don’t forget to check back for the latest gaming news and information.