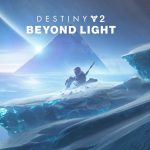 You are reading
Destiny 2 Next Generation Console Updates Detailed

One of the most exciting aspects of this upcoming generation of consoles is the upgrades we will see in our service games. From Rainbow Six: Siege pushing for an almost “PC” like experience with their next-generation update. With the prospect of playing our favorite games with better load times and butter smooth performance. Next-generation is beginning to look incredibly enticing especially with all the new games and experiences that we can look forward to. Today, Destiny players got their first look at what Destiny 2 will be like when its next-generation update releases.

Today in an official blog post from Bungie, the developers revealed some of the features that will come with the next generation update. Some of the most noticeable improvements in the 4k 60FPS that will be available on both Xbox Series X and PlayStation 5. However, perhaps one of the most interesting features is the FOV slider. It is a setting not many console games have the ability to customize and tweak.

There is a minor caveat in this announcement, however, and that is when this update will be available. Destiny’s massive expansion Beyond Light will be landing on console and PC on November 10th. The next generation upgrade patch will not be available until December 8th. While both PlayStation 5 and Xbox Series X will naturally boost things like load times and cross-generation play will be available on November 10th. Other things like performance, FOV, and more will be coming from the later update. Destiny 2 is a free upgrade for both PlayStation 5, as well as Xbox Series X/S via Smart Delivery. It is certainly an exciting time for Destiny console players with the future just around the corner.