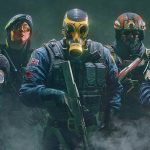 Rainbow Six Siege has been one of the biggest comeback games of this generation. After a rocky launch, and a community highly critical of the amount of content in the game. Ubisoft to their credit managed to turn the game around. Not only did they turn the game around, and constantly update it. But the level of care, and thought that has been put into this game over the years is astounding. The game has previously hit 55 million registered players as of February 2020, as per Ubisoft’s earnings call. Today, we learned what the future holds for Rainbow Six Siege as we head into the next generation.

During the Ubisoft Forward stream earlier today, the developers behind Rainbow Six Siege outlined some of their key focus points with next-generation support. The main focus is bringing the community together no matter what platform you upgrade to. As PlayStation 4 players will be able to play with friends on PlayStation 5. While Xbox One players will also be able to play with friends who play on Xbox Series X/S. The game will also receive a significant performance boost, as the developers are looking to target 4k/ 120FPS. This next-generation patch will be available for all current-generation players free of charge. Not to worry, your progress will also come with you, as long as you upgrade within the same ecosystem. All of this is great news for the players of Rainbow Six Siege, and we certainly cannot wait to get our hands on the game running on next-generation hardware.

Will you be checking out Rainbow Six Siege on next-generation hardware? Let us know in the comments and don’t forget to check back for the latest gaming news and information.