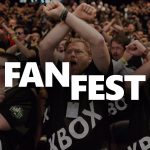 You are reading
Xbox Fanfest Returns In An All-Digital Format

If you are a fan of Xbox, you are probably already pretty excited. With the launch of the next-generation Xbox consoles just a little over a month away. Alongside big games like Yakuza: Like a Dragon, Gears Tactics, Cyberpunk 2077, and many more just around the corner. With so much Xbox information coming out on a regular basis, it is safe to say Xbox has been much better about its messaging this past year. Despite all the challenges that COVID-19 has brought to the industry. However, one of the biggest fan-focused events that Xbox hosted has been missing this year. That event was of course Xbox Fanfest. For those that aren’t familiar. Xbox Fanfest was a precursor event that brought Xbox fans together before Xbox’s E3 conference. It allowed fans to interact with Xbox developers, fellow fans, and even executives like Phil Spencer. It was a huge part of Xbox’s E3 showings and with the lack of E3 this year. It felt empty for many fans, who like many of us miss these big social events. However, it looks like Xbox is looking to bring Fanfest back in an all-digital format.

Learn more at https://t.co/riQiQKPSWs for details on how to join and participate year-round as an #XboxFanFest fan.

In 1 day, we will share more information on how to participate in an all-digital event. So, like, really, really soon. pic.twitter.com/TOoLOYOaZu

In a surprise announcement from the official Xbox Twitter account. It was revealed that there will be an all-digital Xbox Fanfest and it will be starting very soon. Registration for the event will go live on Monday, October 12th, 2020 at 6 PM PT. While this will be radically different then previous Xbox Fanfest’s it looks like they plan to make it a special event. From giveaways, Xbox gear, plus special perks. All you need to register is a valid Xbox profile to register. We expect to hear more information in the coming days about what we could possibly see during this event. For more information, you can go directly to the Xbox Fanfest site here.