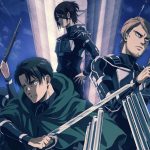 You are reading
Attack on Titan Season 4: What You Need to Know

Here’s a small list of what you need to know to prepare for the ending of Attack on Titan. The long awaited, Attack on Titan finale begins this December. Since, there’s been a sizable gap separating the premier of the Season 4 and the end of season 3, its easy to forget details.

Editor’s Note: DO NOT read beyond this point if you are not caught up by the end of Season 3!

What You Need To Know for Attack on Titan Season 4

In 2019, the second half of Season 3, focused on the mission to retake Wall Maria. A battle which saw the Survey Corps going head to head with the Armored, Colossal and Beast Titan. The battle saw an overwhelming fraction of the Survey Corps, wiped out. Yet even though they knew the risk, Erwin Smith believed what the basement held, was well worth that risk.

Perhaps, what was most significant this season, was finally learning the secret of the elusive basement. A secret that had been teased since the start of the series. Upon discovering said secret of the basement however, our characters found more questions than answers.

Armin is Now the Colossal Titan

In one of the most grueling decisions of the series, our characters were left with a choice between Erwin and Armin. After the battle to retake Wall Maria, both Erwin and Armin were left essentially at deaths door. With Titan Fluid in his possession, Levi had to decide between saving his friend Erwin or saving Armin. Levi chose Erwin Smith, but the former commander of the scouts wished for Levi to save Armin instead. Levi granted his wish, turning Armin into a Titan.

Armin then ate Bertoldt, the current Colossal Titan, which then transferred the powers over, making Armin the new Colossal Titan. Not everyone agreed with this decision however. Particularly, Armin, who questioned Levi’s decision. But now that he’s in a leadership position alongside Hange, its up to Armin to prove the choice was not wasted on him. 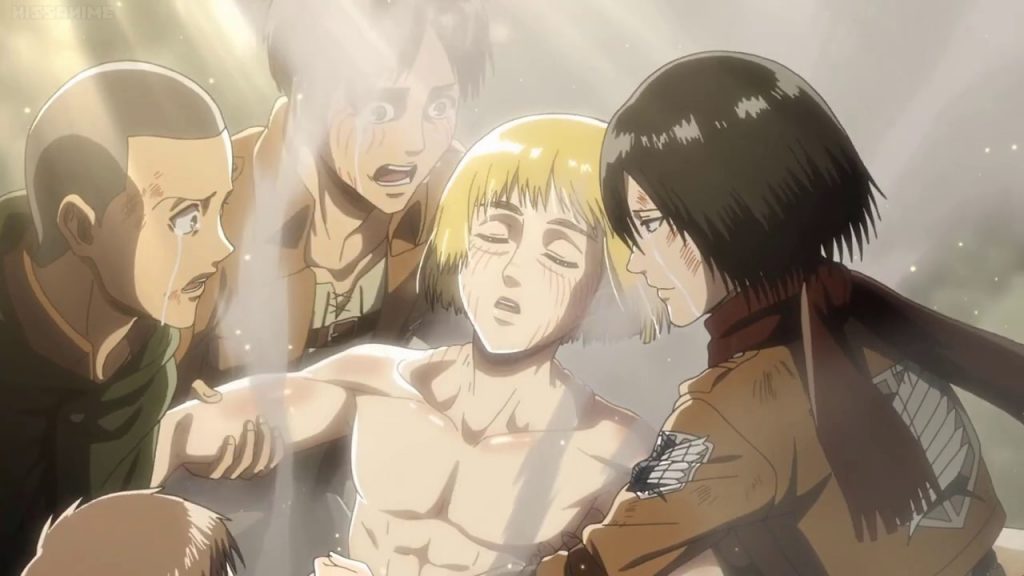 Marley and the Eldians in Attack on Titan

One of the most notable revelations of last season, was the reveal of people existing beyond the walls. Across the seas, exists an almost fascist, technologically advanced country called Marley. After the fall of the Eldian Empire on the mainland, the remaining Eldians, were then rounded up and put into internment zones. Here, the people were treated less than their Marleyan counterparts. Treated second class in every way.

Better yet, Marley sees the Eldians as weapons since they’re descendants of Ymir. By utilizing the power of these people who can become Titans through titan spinal fluid, they effectively became the worlds most dominant power. But that power can’t maintain itself forever. Marley needs more than the Titans power to remain in a state of power. They require more fossil fuels but also they seek the power of the Founding Titan located on Paradis Island.

This is what kickstarts the events of the start of Attack on Titan as Marley sends, the Female, Armor and Colossal to retrieve the Founding Titan. 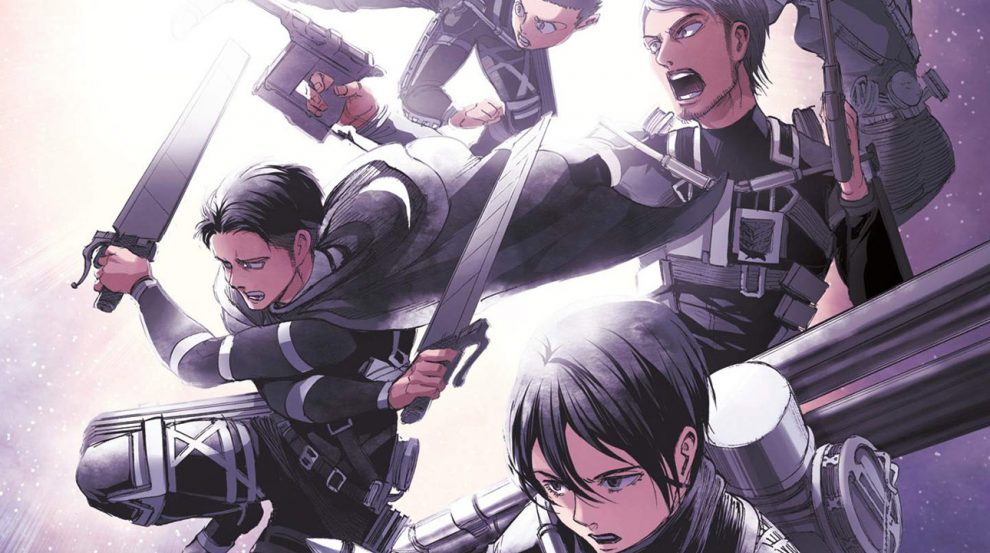 If you remember, Eren reached the full potential of his abilities when he came in contact with the titan form of Dina Fritz. A person of royal blood and the first wife of, Eren’s father, Grisha. So, in order to use the full extent of the Founding Titans power he needs to come in contact with a person of royal blood. Which is why, in Season 3 when Eren kissed Historia’s hand the two received the shock reaction that they did.

Eren is unsure of what this could mean for Historia’s life however. Would this put her life in immediate danger? Because of that uncertainty, he chooses not to say anything for the time being. But, it’s clear that Eren will need the power of the Founder eventually. And the number of people who can activate said power, is already low to begin with.

Maybe Eren will need to make a difficult decision this season with the Queen? 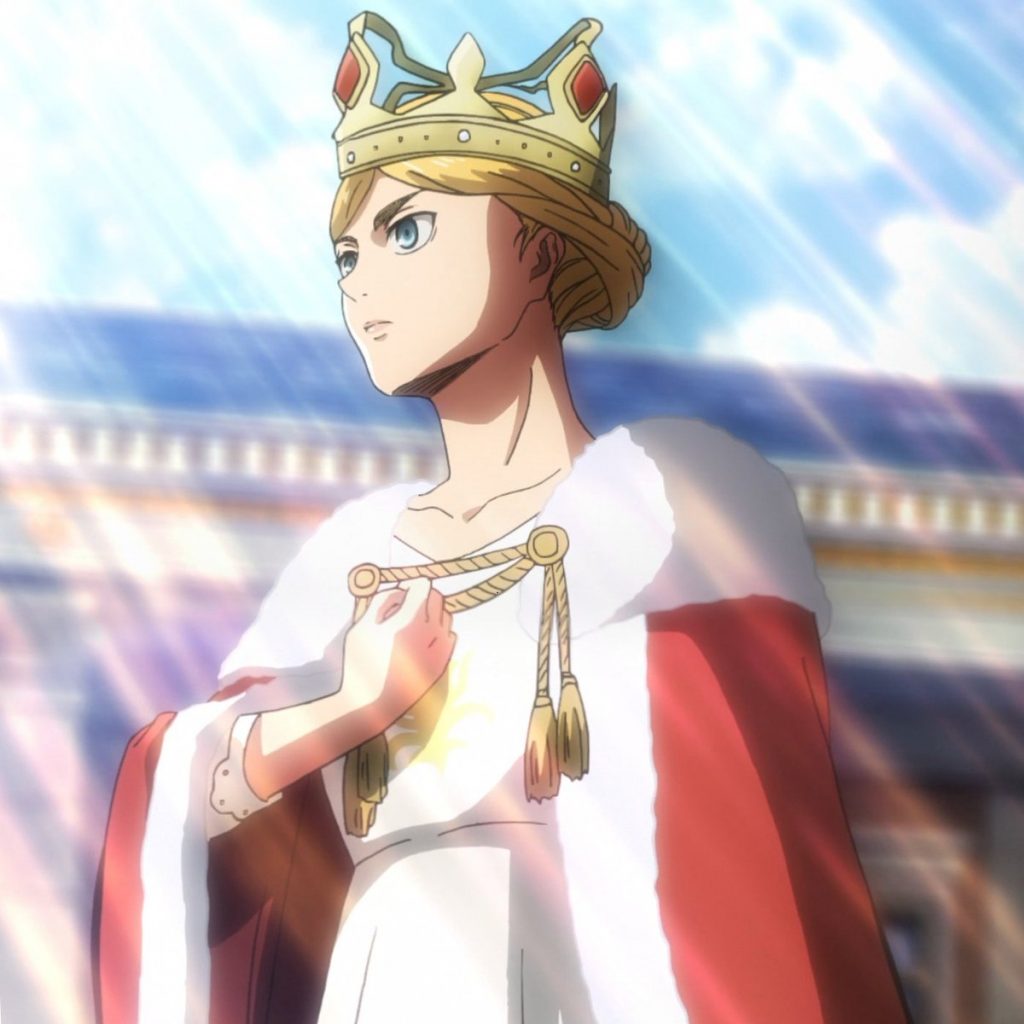 Remember, that the people across the sea are without a doubt a new threat. This new civilization despises the Subjects of Ymir and view them as “Devils.” The Marleyans and the world’s fear and belief that the Eldians will one day take over the world, fuels this hatred. Essentially, they’re punishing an entire race of people based off the actions of their ancestors.

So, what you need to know, is that the world of Attack on Titan, is even more hostile. For that reason, every human outside the walls of Paradis Island are directly at odds with our heroes.

We learned that the Beast Titan, Zeke, is the son of Grisha Jaeger and Dina Fritz. Making him Eren’s half brother. But, he’s, of the opinion that their father brain washed Eren, so it’s his belief that its up to him to save his brother. We also know that Zeke turned in his parents for being apart of the Eldian Restorationists, a betrayal that happened as a result of his own brain washing.

After Grisha gets turned in by his son, he’s then sent to Paradis Island. Where he’ll be made into a titan to roam for years. Dina gets turned into a titan and pushed off the wall but before the same happens to Grisha, he’s saved by an inside man, Kruger. He’s later passed down the power of the Attack Titan from Kruger, who urges him to carry on the fight to save Eldia.

While on Paradis Island, Grisha encounters the Reiss Family. There, he encourages them to fight after telling them he’s from beyond the walls. He begs Frieda Reiss, who has the power of the Founding Titan to help save their people from the invading Titans. But she refuses.

Not knowing what to do, Grisha transforms and attacks the family. He kills everyone aside from Rod Reiss but still manages to eat Frieda, therefore gaining her power.

Afterwards, Grisha injects his son with Titan Fluid and allows himself to be eaten. Thus, passing both the power of the Founding and Attack Titan to his son, Eren Jaeger. 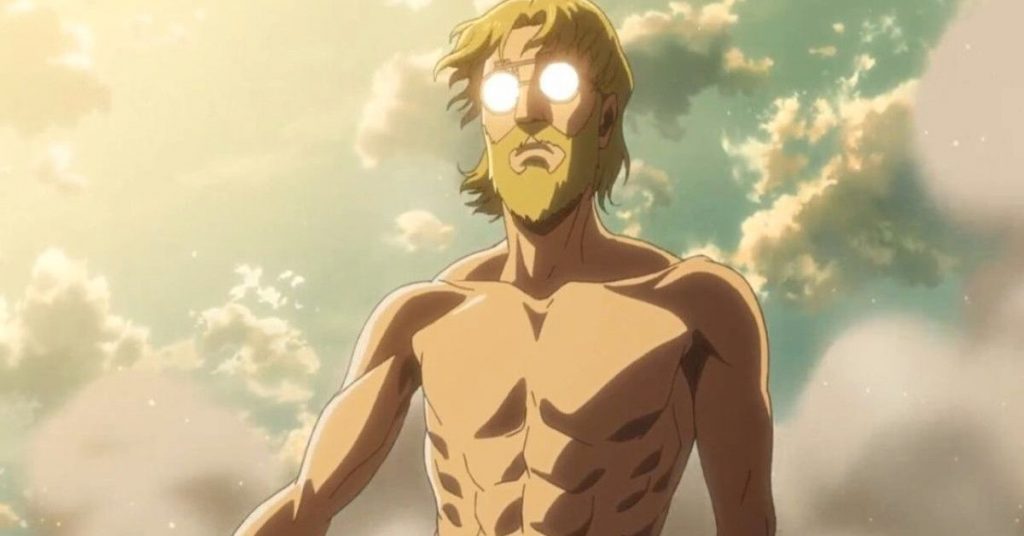 The Curse of Ymir, The Founder

Ymir, the Founder of the 9 Titans only lived for a total of 13 years after she obtained her titan powers. Her power was then split up. Both creating the 9 titan shifters while also being passed down to the Eldian people for the next 2,000 years. Armin later confirms that he has 13 years to live, while Eren speculates he has 8.

But, Season 4 takes place a number of years after the events of Season 3. This means, Eren, Armin, Annie, Reiner, Zeke and the other titans we’ve yet to see, have even less time. 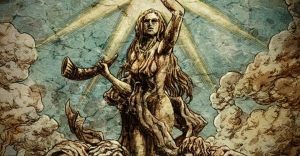 Hopefully this guide on what you need to know for the Attack on Titan climax, came in handy. The series is chock full of complexities that definitely warrants a guide. Now, that you are fully prepared, sit back and enjoy the craziness that’s about to ensue with this season.