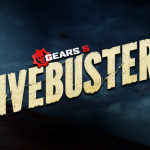 Gears 5 was a big step forward for the Coalition when it launched last year, as it marked the second Gears game led by the studio. While the game still followed the Gears formula to an extent, they made some positive changes to make the single-player campaign really stand out. These included branching narrative paths, more expansive worlds, and some light RPG elements. Now, just over a year since it launched, Gears 5‘s first campaign DLC has just arrived. Gears 5: Hivebusters marks the first campaign DLC that the Coalition has developed since it took over the franchise from Epic Games.  The DLC can be purchased on Xbox and PC for $19.99, and can also be downloaded as part of your Xbox Game Pass Ultimate membership. 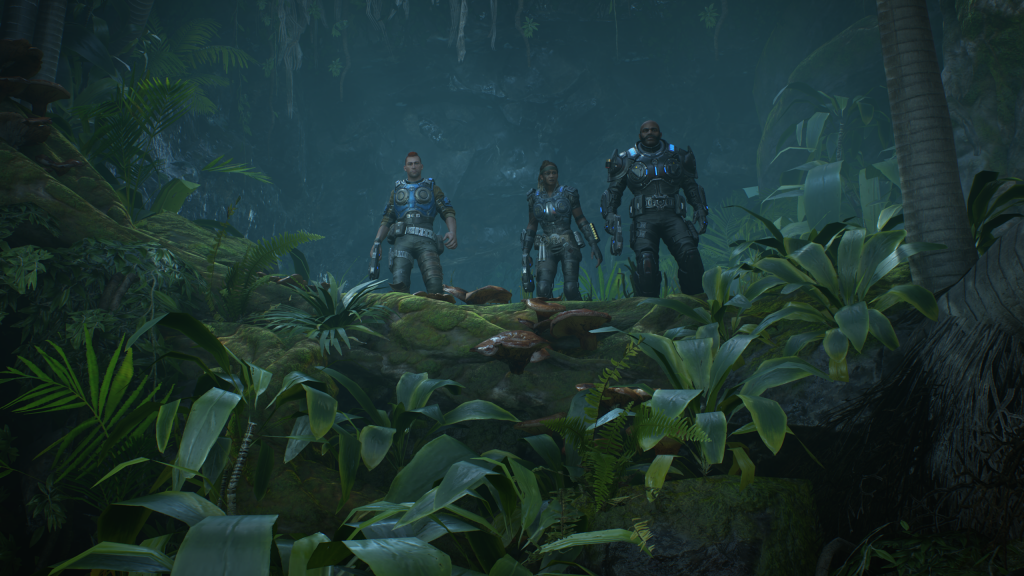 Gears 5: Hivebusters follows the band of misfits Keegan, Mac, and Lahni as they travel to the remote Galangi Islands. Once there, they come under command of the long-time Gears’ mainstay, Victor Hoffman. It creates a great blend of a character longtime Gears fans will love as well as fresh blood. For those that are not familiar with Keegan, Mac, and Lahni, they are new characters that came at the launch of Gears 5 with the brand new game mode, Escape. Up to this point, we knew very little about the team. There were some small tidbits of lore and dialogue that had been revealed through the Escape game mode, and their character bios. Other than that, they were blank slates. Having these three relatively unknown characters lead your first DLC campaign certainly seemed like a risk, but ultimately it paid off brilliantly.

Gears 5: Hivebusters took me around 4 hours to complete. It was remarkable how much character building the Coalition managed to pack into that short time frame. Starting off, we know basically nothing about any of these three characters. By the end of the story, I found myself wanting more stories revolving around this cast. It showed the progression of Gears as a franchise.  Too often, action games are packed away with a few witty one-liners, and a handful of cutscenes to carry the narrative. The Gears franchise is no exception. In Hivebusters, you constantly find yourself learning more about the characters. This comes via their interactions and conversations with each other in between and during combat scenarios. It is brilliantly paced in its delivery. I hope they continue this trend in the follow up to Gears 5. 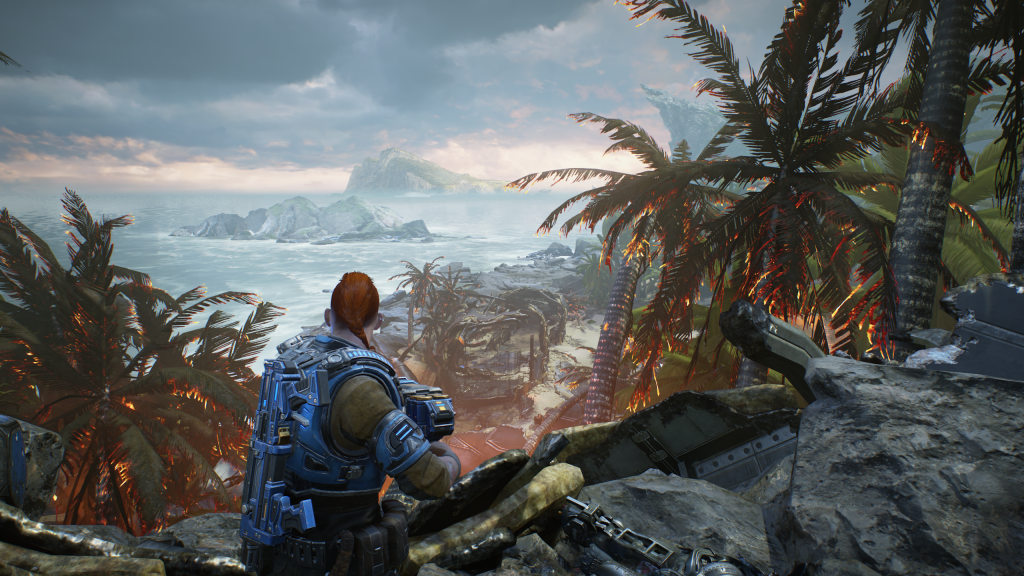 While many have been looking for the game that would graphically showcase the Xbox Series X, you really need to look no further than Gears 5, especially with this DLC. The base game had some jaw-dropping moments. The island jungle environments of Hivebusters are on another level. They lend themselves to some incredibly stunning environments and set pieces. There is a particular section that involves floating down a river of lava, backdropped against a jungle forest as the swarm attempts to overwhelm you. It showcases not only how beautiful the game is, but also how steady the performance is.

The Xbox Series X patch for Gears 5 brings 4K, locked 60 FPS with high-end textures to the console space. It’s just as impressive as it sounds. No matter how many enemies I was fighting, or whatever environmental destruction was transpiring, I experienced not a single hitch, frame drop, or performance issue. In a world filled with buggy games the past few weeks, it felt like a breath of fresh air.

Gears as a franchise have always had some of my favorite audio design when it comes to environmental and creature sounds. When a Juvie screams to summon its brethren and it echoes off the adjacent structures and environment, it sends a chill down my spine. Headshots that cause bloody explosions have such an authentic crunch to them. It is almost like music to my ears and this expansion is no exception. It is worth noting that there is a new monster that you will face, for spoiler purposes I will not go into great detail. However, it is worth mentioning because the sounds that the creature makes while attacking, maneuvering, and stalking through the jungle are burned into my brain.

With the change from constant-dark tunnels and destroyed cities to a more tropical island setting. The game’s music also reflects these changes. There is an incredible musical track when you are traversing through a native village. It just hits you square in the chest. The drums thump in rhythm as you chainsaw and gnasher swarm drones into oblivion. The use of the music to build up to intense combat moments, as well as prior to boss encounters is subtle but will drive you into a craze especially on Insane difficulty. You will hear the combat music queue and then you will start spinning around wildly to see what direction the Swarm are trying to attack you from. It is well done and will keep you on your toes from start to finish. 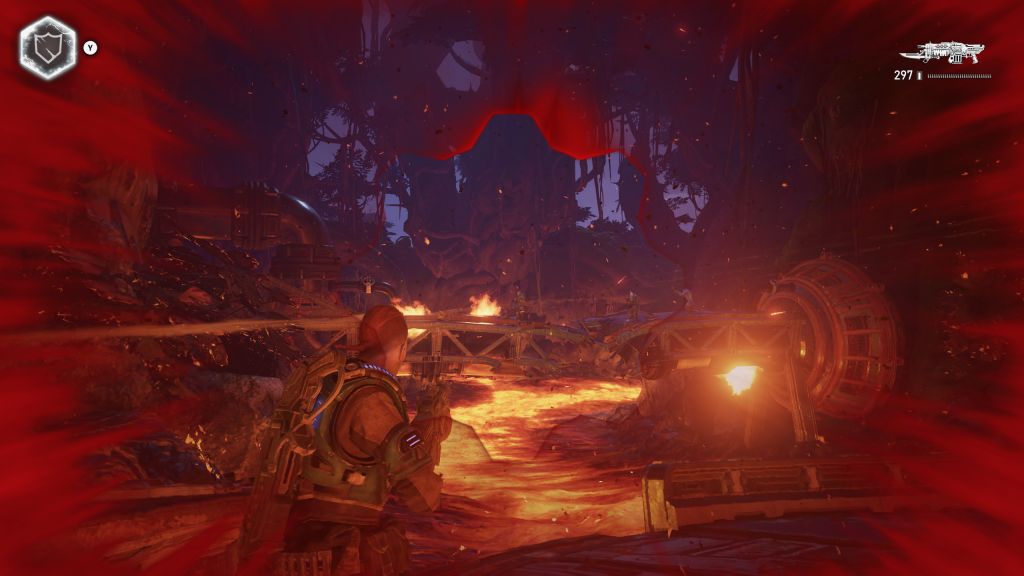 In a first for the Gears franchise, there are some more RPG elements that have been added to the game’s repertoire. Keegan, Lahni, and Mac have unique ultimate abilities that can be used to sway the battle in your favor. The abilities are also upgradeable. As you explore each level you will come across various packs that will upgrade each character’s ultimate. This pushes the player to explore the levels more in order to find these precious upgrades.

These abilities help to make Insane difficulty playthroughs much more manageable. This is especially true in co-op when you can coordinate with your friends. However, even if you are playing on your own, you will be able to control all the team’s ultimate abilities from one simple menu. It was so smooth to use, which I applaud them for. Often in games where co-op plays a huge part in the gameplay loop, it can be almost impossible to complete on your own. This isn’t the case with Hivebusters. Whether you play the DLC on your own or with your friends, you are bound to have a great time.

While I touched on how beautiful the game is with its vistas across this tropical island, it is worth noting that there were some incredible improvements in level design from Gears 5’s base campaign. There is a large amount of verticality and multiple movement routes that can be executed in order to progress. Having trouble pushing through the center of an area because of a high density of enemies? No problem, head to a tower on the left and use a Longshot conveniently left there to thin them out. Then take a path off to the side to flank the ones that remain.

This level of flexibility in how you attack and handle encounters is often my biggest gripe with third-person action games. They often provide you with a basic objective such as “go through door A”. They then expect you to just slaughter wave after wave of enemies in a very linear fashion. This can get absolutely boring after a few hours of completing levels built like this with a handful of cutscenes littered in between. I hope this multipath option is a glimpse of what we can expect to see in Gears 6.

Gears 5: Hivebusters is a thrilling, stand-alone expansion to the original game. With a unique and diverse cast of characters for players to fall in love with, and a handful of new gameplay mechanics to familiarize yourself with. Couple this with a luscious, and beautiful world and this expansion feels incredibly fresh. Here is hoping that it is a taste of what’s to come with Gears 6.