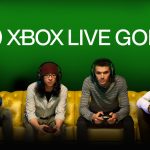 Yesterday, Microsoft has announced a price increase to the Xbox Live Gold service. In short, a $60 amount used to grant you a full year of online multiplayer access, but it was recently announced to grant only 6 months from now on. This news came as a continuation of the fact that a yearly membership option started to disappear last year. While some believed Microsoft might be making free to play games actually free to play, many were rightfully concerned that this meant a price increase. This was exactly what happened yesterday.

Xbox fans and influencers were outraged in unison, yesterday, thus creating a huge avalanche of emotions on social networks. Literally, nobody was happy.

if I were at Xbox, I'd get out in front of this Xbox Live Gold price hike ASAP

NOBODY thinks this was a consumer friendly move

instead looks like a way to force Gamepass subs

Many thought this was a forced and completely unnecessary way to push people from Gold to Game Pass Ultimate. Game Pass is a universally loved service, and one of the many reasons why everyone loves it is because it’s completely optional. It didn’t need this push. Yesterday’s move echoed a strong corporate vibe, the type nobody likes. A facepalm moment.

Luckily, the Xbox community did not blink. They made sure Microsoft heard them and that was exactly what happened only half a day later. Phil Spencer took to Twitter to humbly apologize in the name of his company after the decision got reversed.

Apologies for all the angst and emotion this caused today for our customers. As always, we appreciate the feedback. This is a good learning opportunity for us and we will learn from it.

We messed up today and you were right to let us know. Connecting and playing with friends is a vital part of gaming and we failed to meet the expectations of players who count on it every day. As a result, we have decided not to change Xbox Live Gold pricing.

We’re turning this moment into an opportunity to bring Xbox Live more in line with how we see the player at the center of their experience. For free-to-play games, you will no longer need an Xbox Live Gold membership to play those games on Xbox. We are working hard to deliver this change as soon as possible in the coming months.

As requested by fans, Xbox Live Gold pricing will not change, and free to play games are to be literally free to play, no online multiplayer paywall required.