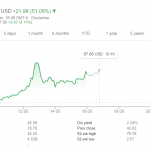 You are reading
Gamestop Stock Up 75% In One Day

In one of the most improbable stories of the day, GameStop(GME) has seen its stock price raise by over 75% in trading today. It is a meteoric rise with seemingly very little explanation. There have been no acquisitions on the part of the company, no large corporate turnover and no new plan. So what happened to move GameStop stock from a $42 stock to a $65 stock? Reddit.

There is a particular subreddit called Wall Street Bets. Now, it is normally a subreddit in which people try to outmanuever the stock market, something not that unusual. However, today the subredddit has been dominated by one pinned post titled ‘GMREEEEEEEEEEkend Containment Thread – GME shitposts go here’. This page has over 1.4k comments, and it is just one of multiple threads discussing the GameStop stock rise. 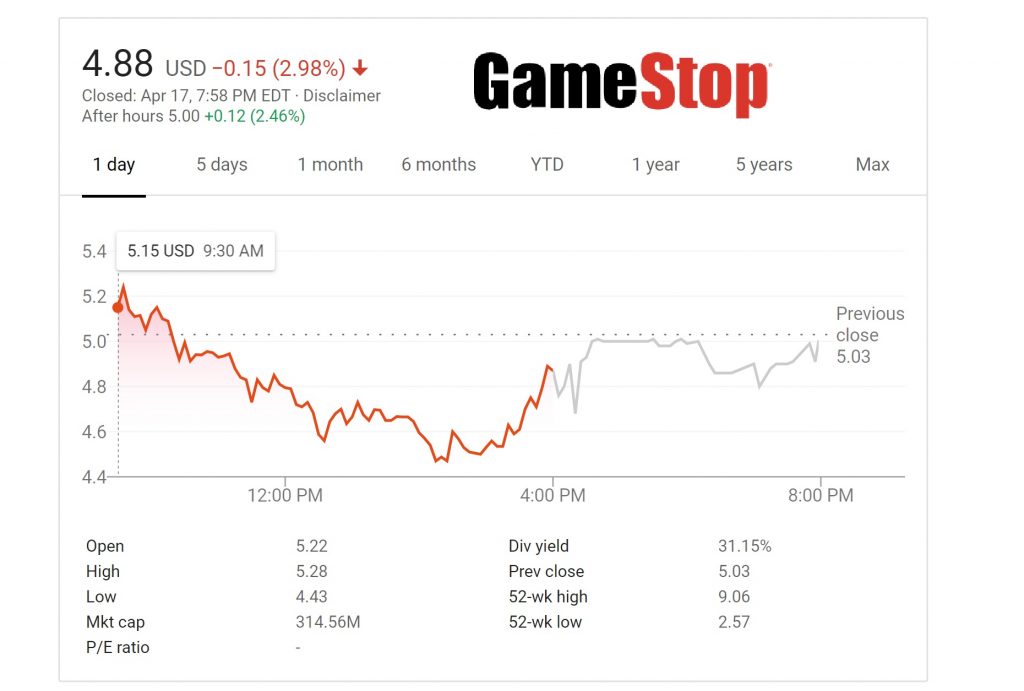 Gamestop Market Summary as of 4/19 courtesy of Google Finance

It seems as if the subreddit organized around buying cheap Gamestop stock. The share price hit a yearly low of $2.57 in the midst of the pandemic. It recovered to an unremarkable $20 per share where it lingered until about a week ago when the stock began to rise. After a six day plateau at around $40, it has since risen another 75% up to its current price. 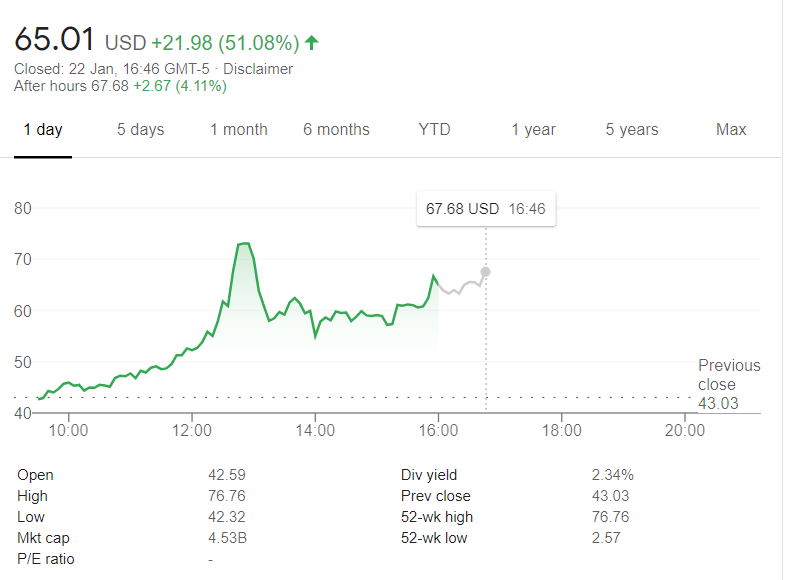 Gamestop Market Summary as of 1/22 courtesy of Google Finance

The kicker of all this artificial inflation is the subreddit’s plan here is to prevent well known short seller Citron from taking advantage of a catastrophic short of the stock when it inevitably corrects after a massive sell off. A short is a bet that a stock price will fall, in much the same way that buying a stock is a bet that the stock price will rise. These redditors are rapidly buying up GameStop stock, which causes the price to increase. This plan started as a way to antagonize a short seller. However, now that the price is absurdly high and due for a correction, will they flip to the other side and purchase shorts of the stock followed by selling their shares. This kind of market manipulation, while unhealthy isn’t illegal, it’s one of the inherent risks of the market economy.

The market is currently closed, and so only after hours trading is permitted. This trading is not the norm for individual buyers on places like Robin Hood and Schwab. As a result, we will have to wait for Monday to see how this plays out.