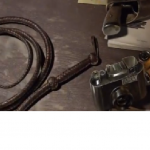 You are reading
Indiana Jones Coming from Todd Howard

We have been dying for some news here in January, and a new Indiana Jones is just what we needed. It is a surprise announcement for Disney which owns the rights to Indiana Jones after purchasing Lucasfilm. It comes on the heels of another announcement that all Star Wars games would be branded with Lucasfilm Games going forwards. The game will feature an all-new original story and is accompanied by a teaser video from the Bethesda Twitter account.

The announcement of the new Indiana Jones is all the more surprising based on who is making it. Machine Games, best known for the Wolfenstein series, will be at the helm. Machine Games is a subsidiary of Bethesda, and will see Todd Howard as the executive producer. This story gets all the more intriguing when you factor in Microsoft’s impending purchase of Bethesda later this year following regulatory approval. Will we see Indiana Jones be the Spider-Man equivalent for the Xbox Series X?  There hasn’t been an game featuring the professor since the Wii action game Indiana Jones and the Staff of Kings. It has been a long time coming for the original archeologist to fight for his mantle back from the likes of Lara Croft and Nathan Drake.