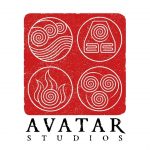 You are reading
Nickelodeon to Open Avatar: The Last Airbender Studio

More stories from the rich universe of Avatar: The Last Airbender are coming soon. In fact, Nickelodeon is going to open a separate studio specifically for more shows and movies.

Avatar Studios will be now making content based on the world of Avatar: The Last Airbender and Legend of Korra. The first thing that the studio will work on is an animated film. Michael DiMartino and Bryan Konietzko will lead the studio as co-creative officers. These two are the original creators. In an exclusive interview with EW.com, they had this to say about opening the studio.

It’s hard to believe it’s been 19 years since we created Avatar: The Last Airbender. But even after all that time, there are still many stories and time periods in Aang’s world that we are eager to bring to life. We are fortunate to have an ever-growing community of passionate fans that enjoys exploring the Avatarverse as much as we do.

And with this new Avatar Studios venture we have an unparalleled opportunity to develop our franchise and its storytelling on a vast scale, in myriad exciting ways and mediums,” they continued. “We are exceedingly grateful to [Nickelodeon president] Brian Robbins and [president of Nickelodeon Animation] Ramsey Naito for their enthusiasm and respect for the Avatar property and us as its stewards. From the start, they’ve supported our ambitious plans and created a positive, proactive environment for us.

We’re excited to be back at Nickelodeon where Avatar began, doing what we do best in the biggest way possible. We can’t wait to build the great teams and productions to make all of this fantasy a reality.

Everything created by Avatar Studios will be available on the Viacom CBS VOD Service, Paramount+, theaters, third-party services, and Nickelodeon’s own digital services. We don’t have a date or even a title for the first project yet. Be on the lookout at lordsofgaming.net when that news does drop.

Facebook Twitter Google+ LinkedIn Pinterest Tumblr
Previous article Army of the Dead Teaser has Arrived Online
Next article State of Play Recap: What Did You Miss?