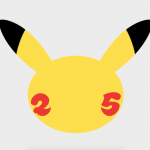 Gen Four Pokémon fans reaped a bountiful harvest from Friday’s Pokémon Presents. Not only did we get the long-awaited Diamond and Pearl remakes, but we got a brand new open-world Pokémon game, set in the Sinnoh region, centuries before Diamond and Pearl. Count the New Pokémon Snap gameplay dive in there, and today exceeded expectations. We cannot properly rank the announcement’s gravitas, but we can recap what we got.

The other long-awaited game, New Pokémon Snap, got a full gameplay trailer today. Announced last year during a different Pokémon Presents, New Pokémon Snap is just about photographing Pokémon. Players will explore the Lental Region, with help from Professor Mirror and his two assistants. The game retains the original Pokémon Snap’s core gameplay, where you photograph, and sometimes feed, them to get them to do special things. One major difference involves a traditional photo mode. Players will be able to edit their photos with filters, levels, and share them online.

Sinnoh fans, rejoice! Your prayers have finally been heard. Pokémon Presents officially announced Brilliant Diamond and Shining Pearl today. Instead of Game Freak, these games will be developed by Ilca, Inc., the team behind Pokémon Home. However, Junichi Masuda from the original Diamond and Pearl team is leading the remake’s development. This announcement quashed rumors the remakes would be in the Let’s Go series after Pikachu and Eevee! which released in 2018. Instead, we are getting a faithful remake of the Sinnoh region, featuring an art style unusual for main Pokémon games.

Speaking of unusual for Pokemon…

Game Freak did it. They took Breath of the Wild and started building a Pokémon game around it. Pokémon Legends: Arceus takes place centuries before Diamond and Pearl. Players control a new trainer who strives to build the Sinnoh PokeDex. Thanks to a foreign Pokémon Professor, players can choose Rowlet, Cyndaquil, or Oshawott as their starter. If this seems weird, it should. All three Pokémon hail from different regions, non of which are Sinnoh. To be fair, the Sinnoh starters are catchable in this game. Also, trainers do not need to fight Pokémon to catch them. Our small glimpse of gameplay featured a trainer catching a Pokémon out of combat. Instead, the trainer hid in the tall grass and threw a Poké Ball.

Pokémon Day celebrates the entire franchise, including most recent releases. As such, Sword and Shield has special Gigantamax Pikachu fights; Pokémon Cafe Mix has 2,500 free golden acorns to give away; Pokémon Go is featuring the Legendary bird trio and Mewtwo; and Pokémon Masters Ex introduces Leon, the Galarin Champion, to the game.