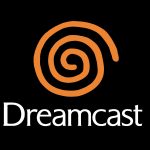 You are reading
A Collector’s Guide To Dreamcast Variants 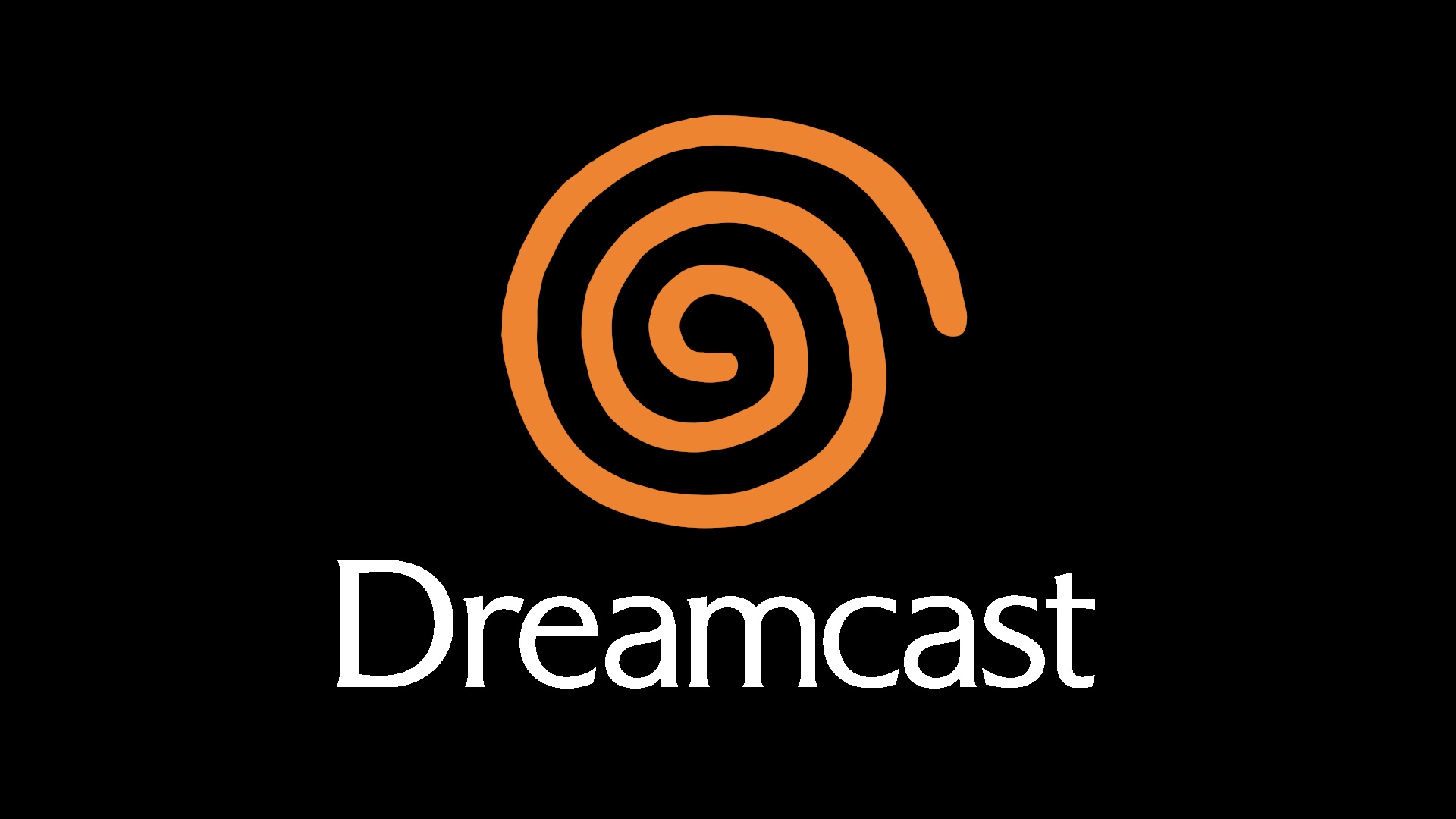 Ten years ago, you could walk into just about any used video game store and find a now rare or highly sought-after Dreamcast game. Today the Dreamcast has become one of the most popular video game consoles to collect for. Over the past decade, the Dreamcast checklist has grown from the region by region list of games to now include variants. The growing list includes misprints, re-releases, and modified box art to indicate a game has been patched. Dreamcast variants range from the holy grail of collector items to common discount bin finds. As these complete collection checklists start to grow, collectors are moving in to find the next big valuable Dreamcast game.

The importance of Dreamcast variants starts at the top. About five weeks after the release of the Dreamcast, Ubisoft released Speed Devils. An arcade-style racing game of little to no consequence. In the United States, Wal-Mart was not a fan of the satanic depiction of the box art and wanted the logo changed before it would be allowed on display. This resulted in what’s referred to as the “clean” or “Wal-Mart” variation of the game. Consequently, this created one of the rarest Dreamcast games ever.

For those not in the know, you might get lucky and find one at a tag sale, second-hand store, or on Facebook Marketplace. Yet if you turn to places like eBay where collectors converge on rare items, an opened, poor condition copy of the game can fetch near $450. According to PriceCharting.com, a good condition copy of Speed Devils has sold for $650. With that, this is the most valuable original US Dreamcast game recorded. 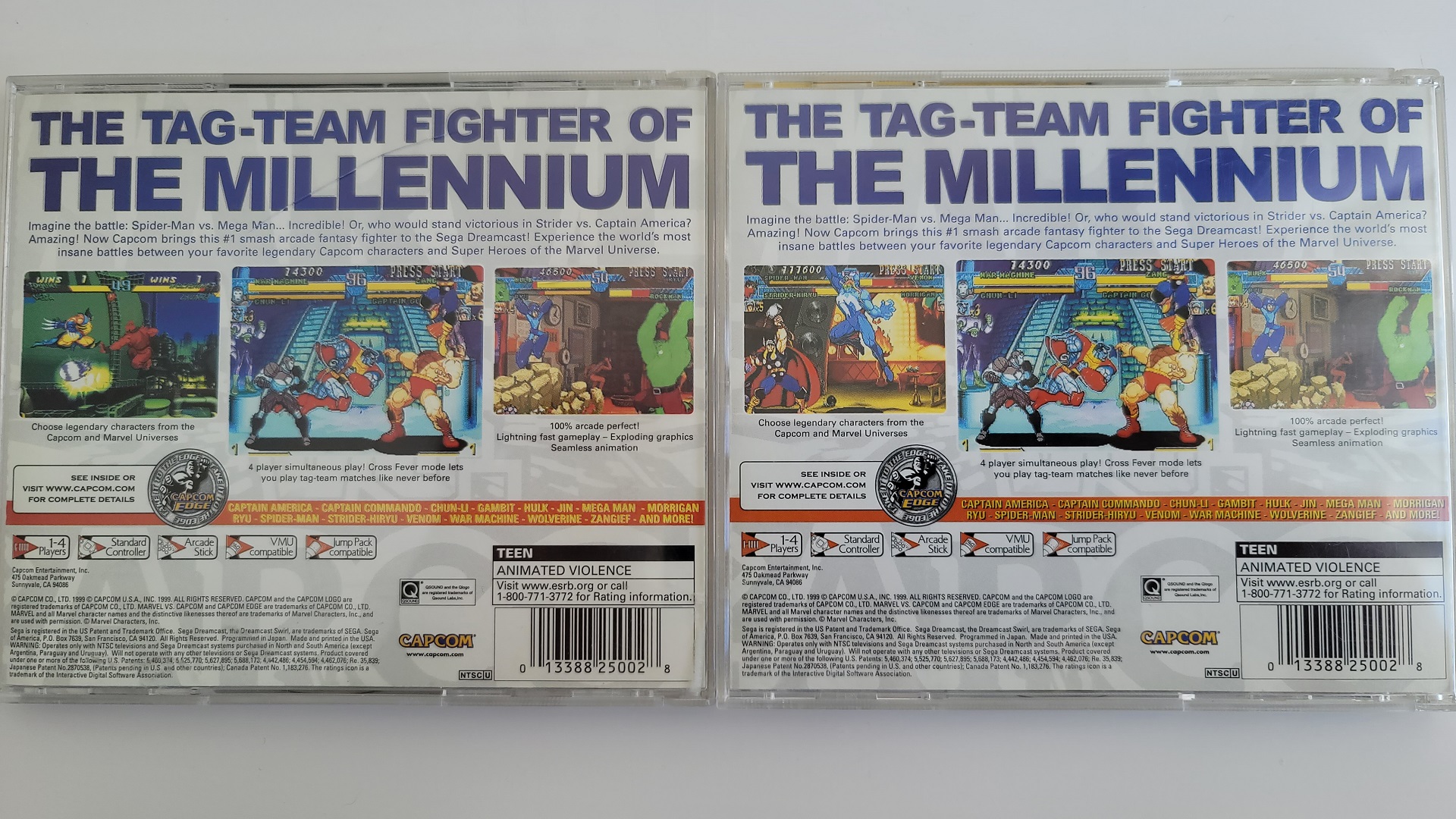 The average Dreamcast collector knows that Marvel vs. Capcom 2 on the Dreamcast is very expensive. What they might not know is the yet to be surmised value of a misprinted version of the original Marvel vs. Capcom. On the back cover of Marvel vs. Capcom, there are three gameplay screenshots. On the misprinted copy, the far left gameplay screenshot is from a completely different game. If you see Venom fighting Thor on the far left screenshot, you have a “normal” back cover. If you see Wolverine fighting Akuma, congratulations. Take a look at the health bars on the top of that fight compared to the two on the right. The screenshot is from a completely different game. Someone at Capcom accidentally used a screenshot from the PlayStation version of Marvel Super Heroes vs. Street Fighter. In effect creating a unique retail variation of the game’s release.

Surprisingly there has been no delineation online or in stores between the misprinted version of Marvel vs. Capcom and the corrected version. Especially on eBay, there are no posts highlighting the different versions. So it’s almost impossible to find out which version has more copies in the wild. As most of the market is completely unaware a variant exists here. It’s very common for copies of Marvel vs. Capcom to sell between $70 and $100 now that the market for Dreamcast games is way up. Once this starts to become common knowledge it will be interesting to see which version spikes up in value. 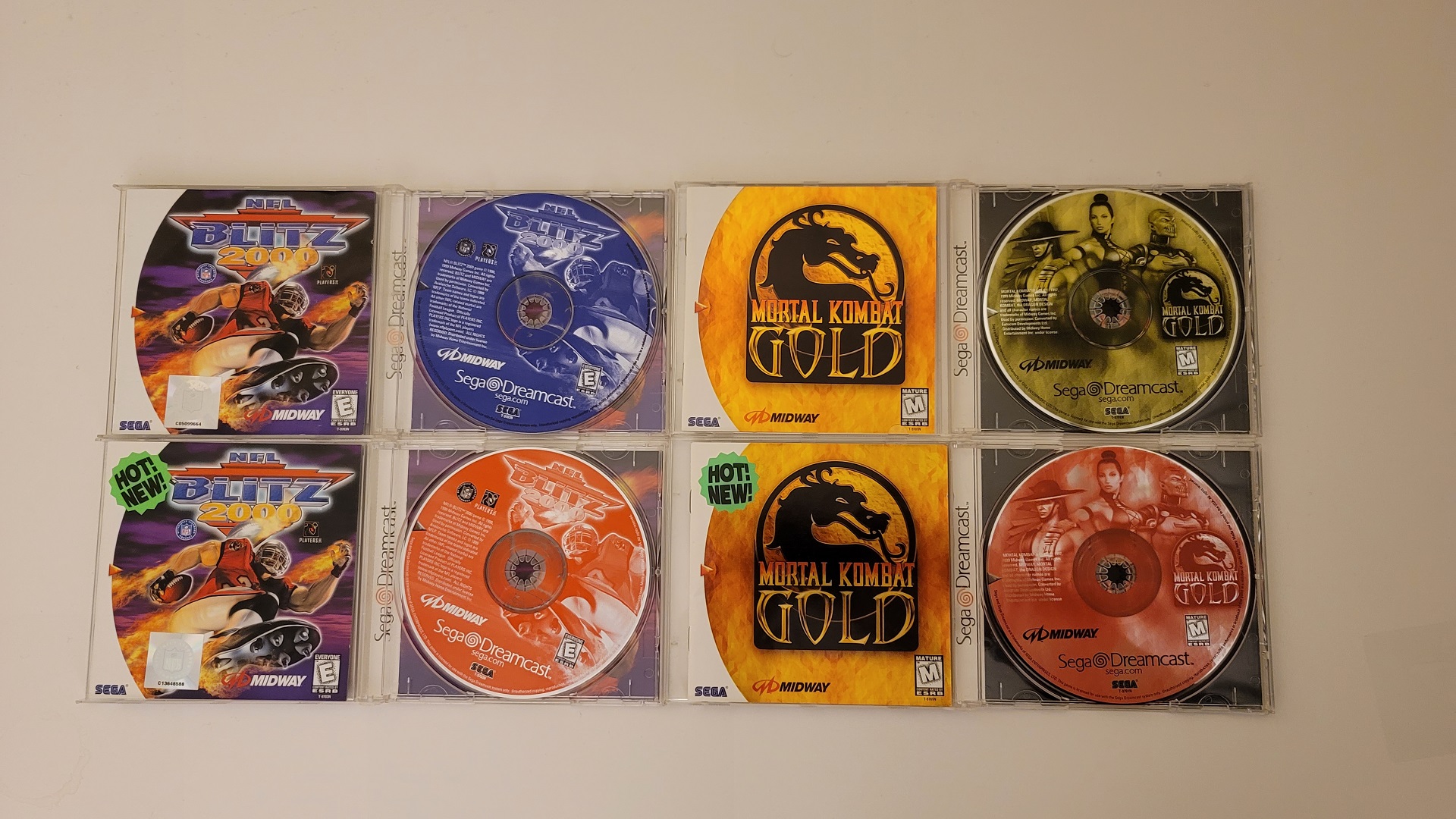 Alongside the launch of the Sega Dreamcast, Midway released a handful of games. A list that includes, Ready 2 Rumble, Mortal Kombat Gold, NFL Blitz 2000, and Hydro Thunder. Like many launch games, these were rushed out. It’s hard to notice but each game has issues with audio. Some of them have issues with game saves. As well as minor, infrequent crashes. To solve the problem Midway re-released each game with updates and to indicate the corrected version placed a “Hot! New!” Sticker onto the cover of the game. In addition to changing the color of the artwork printed on the disc. Both versions of these games are important to the history of the Dreamcast. As a result, some versions of each game have had a slight increase in value.

In July 1999, Hollywood Video partnered with Sega allowing stores to rent out early Dreamcast units. Along with the console came an early copy of Sonic Adventure. As the release of the Dreamcast became closer, more video rental outlets were given early units. Although the release was still limited to around 50,000 units. The copy of Sonic Adventure included with these early rental consoles was an unfinished version of the game. The build of the game is dated July 3rd, 1999, and is mostly finished except for some localization changes.

Its significance in Sega’s history makes this one of the most valuable Dreamcast games. According to PriceCharting, over the past three years, the game has sold between $125 and $500 often depending on the condition of the case. The disc alone in poor condition is currently selling at around $70 to $100. How rare and important the game is, could make it a priceless Dreamcast variant. Something serious Sega collectors could be looking for over the next 10 years. As of writing, there is only one complete copy on eBay, the asking price is $700.

Early versions of Sega’s online puzzle game, ChuChu Rocket, came with a misprint on the back cover. Some versions can be found with lower resolution artwork and logos printed on the back cover. This also gives the appearance of a darker color on the box art. In addition to the back cover, a small orange line can be seen on the side “Sega Dreamcast” label. While technically not a variant, there is a Japanese exclusive Collectors Edition. Which comes with a “Skeleton Orange” Dreamcast controller. Making it one of the first limited edition games and controllers ever released on the Dreamcast. As for the back label misprint, there are no known indicators tracking the variations sale. No copies currently for sale on eBay denote the printing error. Hence the value and rarity of each version is unknown. 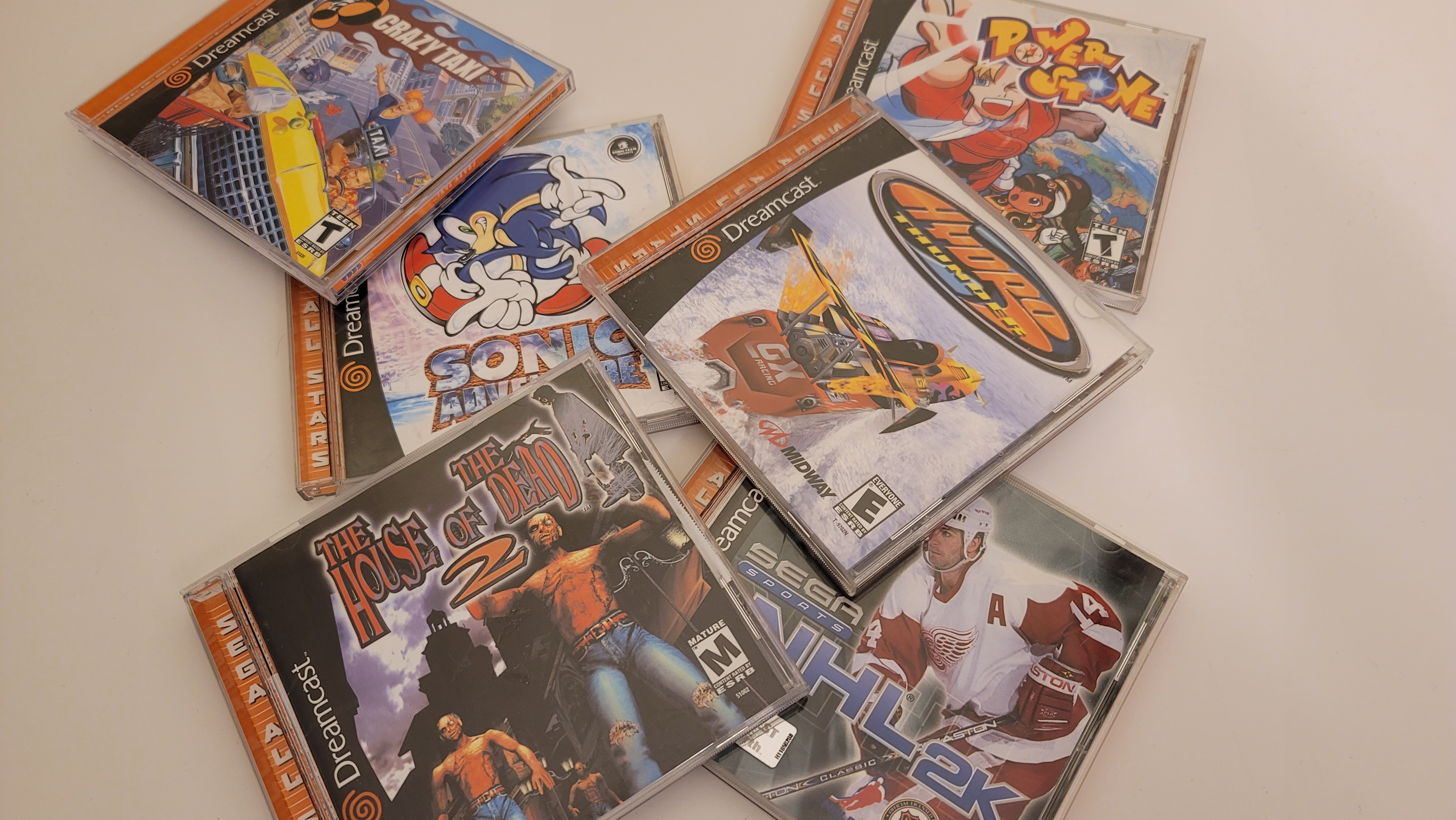 Starting in the summer of 2000, Sega re-released 17 of the more popular games as budget “greatest hits” titles. This collection was called Sega All Stars. In the US the games would come with an orange end label. As well as the Sega All Stars logo printed on the inside circle of the disc. Most of the Sega All Stars Collection games are very common and inexpensive. Although there are some titles that have spiked in value due to their rarity.

For some reason, the Sega All Stars branding of Ready 2 Rumble Boxing is one of the more valuable ones. Right now it’s selling between $70 and $80. While according to PriceCharting, a sealed copy has sold for as much as $303. I assume that this has something to do with it being the third release of the game. Including the “Hot! New!” branding noted above. As an initial launch title, there was probably very little demand for the game’s third release. Leaving only a few copies out in the wild. What’s very interesting though is that it hasn’t impacted the price of a game like Marvel vs. Capcom.

The price for Marvel vs. Capcom has ballooned to about $100 for a used copy online. Yet that is just for the regular copy. I have never seen or heard of the Sega All Stars version and at this time there is nothing to go from. PriceCharting has it around the same price as the normal version. So the game must be rarer than the normal version but, there is no demand (yet). GameValueNow.com has two recorded sales from eBay this summer at around $75. Just under what the standard version of the game is going for today. If you are able to get your hands on a Sega All Stars copy of Marvel vs. Capcom it could one day become one of the sought-after Dreamcast variants. Why are collectors going back and buying Sega All Stars branded Ready 2 Rumble copies but not buying Power Stone or Marvel vs. Capcom variants? I suspect this will change over the next few years. Ultimately the latter are significantly harder to find. Plus the normal versions of Power Stone and Marvel vs. Capcom sell for nearly five times as much as Ready 2 Rumble. 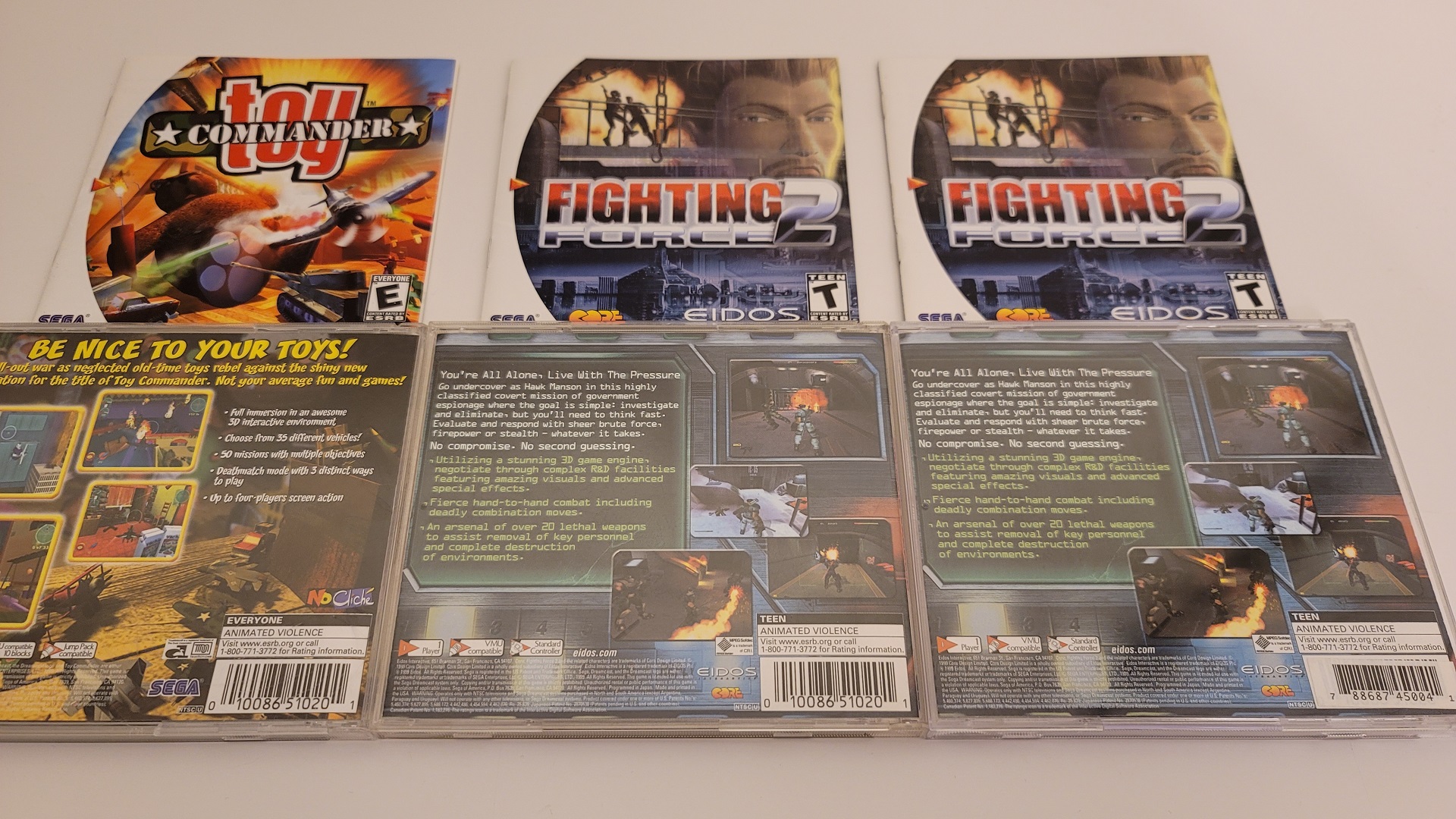 In the fall of 1999, just after the release of the Dreamcast, Eidos released Fighting Force 2. As can be seen above, the original shipment of the game came with the same exact barcode as its fellow Dreamcast game, Toy Commander. You will notice a barcode number of “10086510201” on both Toy Commander and original releases of Fighting Force. Yet on some copies of the game, you can see a sticker was placed over the barcode with the changing that number to “788687450041.” You have to wonder how something like this could happen. Both games were published by entirely different companies. How could stores even scan a game to sell it? Was it fixed before launch with stickers or sometime after? Has there ever been a reprint? The variation has had no impact on the price of the game. As both copies of Fighting Force 2 can be bought at around $15. There has been no delineation with online orders or any indicators elsewhere. All things considered, Dreamcast collectors should keep an eye on this if history ever develops. 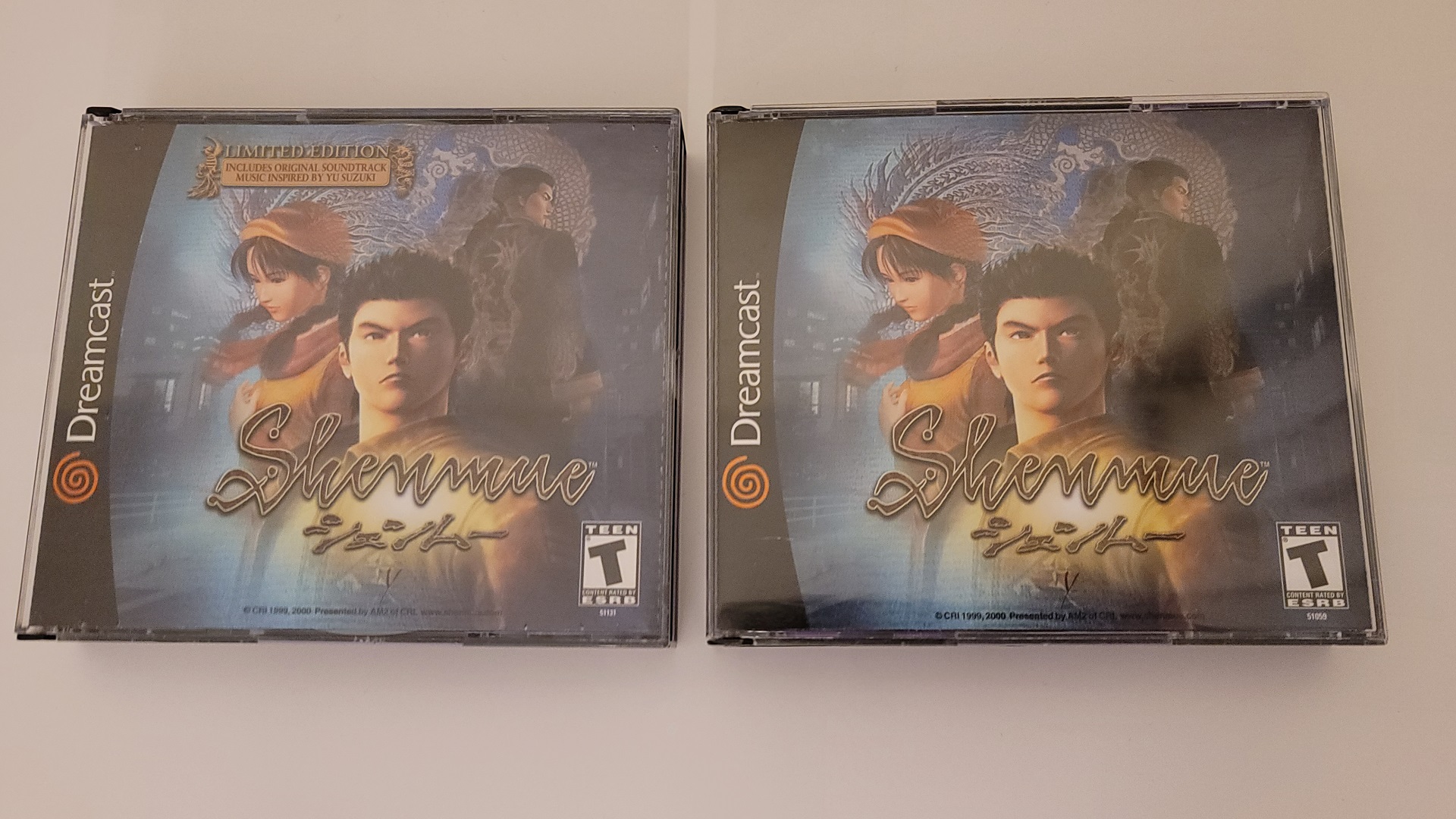 Those lucky enough to have owned a Dreamcast, know the importance of Shenmue. Paving the way for flagship action-adventure titles like Uncharted. As well as Japanese games like Yakuza. Shenmue came to save the Dreamcast as its must-own title. When Shenmue was launched in the US, it released with a Limited Edition version that included the soundtrack. It’s marked with a “Limited Edition” insignia on the front cover, back cover, and booklet. In addition to the three game discs, and Shenmue Passport, a fifth CD can be found in the case. A red disc labeled “Shenmue Jukebox.” Which includes 10 music tracks from the game. In terms of its value, it’s a nice piece to pick up. It’s going for around $50 as of today. Comparatively, just a little bit more than the standard version of the game. A great value for any collector unsure how far they will go down the road with Dreamcast variants.