First off, I told you so.

Seriously, I have never called something so precisely in my entire life. Now that we have established that, let’s break down what we saw from Bungie’s newly released ViDoc and their post on the Season of the Drifter. 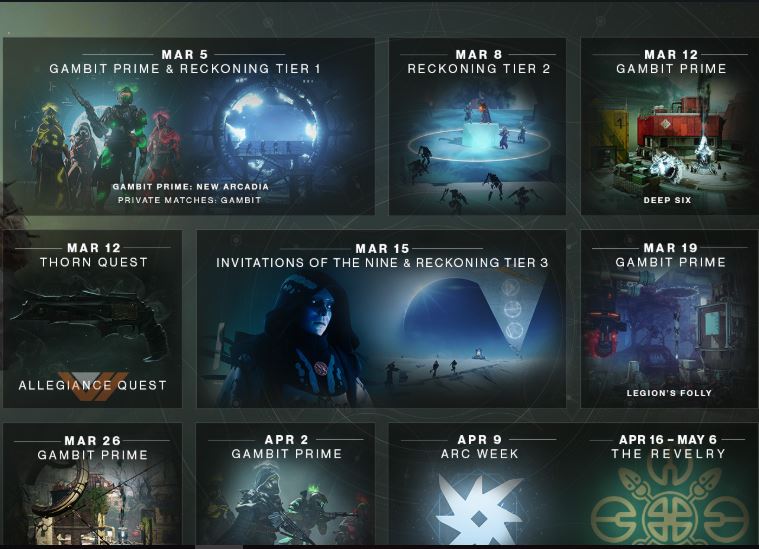 By utilizing sustained content drops, Bungie hopes to stave off player migration to challengers like Anthem and The Division 2.

With Gambit Prime, Bungie appears to be addressing virtually every major concern that the community has had since the roll out of Gambit. Round length has been a common point of contention for the community, since a full three rounds of Gambit can stretch nearly thirty minutes. Now, in the case of split wins in the first two rounds, the final round will be a Primeval rush. What this change entails is still uncertain, but at the very least, it seems like it will be shorter than a normal round.

Queenbreaker has been the dominant weapon for Gambit invaders because it enables them to easily pick off Guardians from a safe distance. By introducing new pinnacle weapons and armor sets with perks specific to rolls, Queenbreaker’s effectiveness will hopefully be somewhat diminished. Invaders now also have the ability to drain motes from the bank, a welcome change since it incentivizes invaders to not just sit back and snipe. It also gives them something to do when respawned Guardians turtle in confined corridors, waiting to team shoot. These changes make the entire invading aspect of Gambit much more interesting and unpredictable.

Finally, Primevals will no longer be two supers away from death. The community has been requesting more difficult and complex mechanics, like those utilized when the Ascendant Primeval spawns. Bungie has listened to these concerns, and while no firm details were given, they have confirmed that end-round Primeval encounters will be much more challenging. This should provide a little more balance by reducing the immense advantage allotted to the team that spawns the Primeval first.

It’s so nice to be heard.

Nothing else in the ViDoc exemplified Bungie’s awareness of the disaster that was the Black Armory roll out, like the introduction of power surge bounties. These bounties will enable lower level Guardians to rapidly power up to the current level cap, enabling them to immediately access new content.

As mentioned at the top of the article, the Allegiance bounties are going to introduce a new twist to the Destiny universe that we really haven’t seen before. In the past, Faction Rallies have, in theory, pitted Guardians against one another, but that distinction has largely been window dressing. Now, truly for the first time, the player is given the choice to work contrary to the wishes of the Vanguard. The real question is, who is going to side with them? They sit up in their ivory tower, while the Drifter is out there hustling. I definitely know where my allegiance lies. Beyond the enticing idea of picking a side, Bungie is showing a willingness to let Guardians make a difficult choice which locks them out of experiencing other outcomes. This kind of RPG mechanic could become a boon to the storytelling in Destiny. By making you play through both sides with different characters, Bungie is encouraging you to continue to maintain secondary and tertiary characters near the level cap. It’s a smart move that promotes continued engagement, and I hope they do more of it. 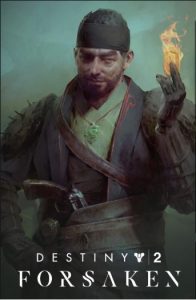 Drifter and the Nine

Season of the Drifter will move the ongoing saga of the Dreaming City and the Curse, to the background, and for once, I’m totally fine with Bungie postponing a meaningful conclusion to a story arc. The Drifter is the best new character in Destiny 2, and The Nine have long been an enigmatic force within the game. Starting March 15th, players will be able to complete a Xûr bounty each week in order to get an audience with the Nine. This works similarly to presenting an offering to the oracle throughout Forsaken. Aside from strange glimpses of the Emissary in the Lighthouse, the Nine have been fairly quiet over the course of Destiny 2. As an avid D1 Trials player, I’m eager to see exactly what kind of deal they have struck with the Drifter, and what they are truly after. The Drifter says that Gambit is a proving ground, just like Trials was in D1. The question is: Why are we proving our worth? Hopefully, this season provides some answers.

As was expected, and even feared, the Season looks like it will be rather light on PvE elements. The Revelry appears to be a Haunted Forest type of wave based Horde mode, but players looking forward to new Strike content will likely be somewhat disappointed. The Thorn exotic quest and the aforementioned Allegiance quests should fill in the gaps a bit, but it seems like this season may be the ideal time for PvE players to explore other options in the “games as a service” genre.

Ultimately, I’m very excited about the lore that is being explored throughout this season, though as someone who rarely plays PvP aside from Iron Banner, this looks to be a content light season for me. Are you all in on the new Gambit changes? Are you already looking ahead to the newly revealed Season of Opulence? Let us know. Until then, “Eyes up, Guardian.”