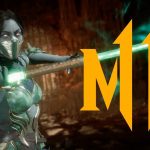 You are reading
MK 11 Kombat Kast Reveals: Bakk in Green?

So here we are again with some brand new character reveals for the fast approaching Mortal Kombat 11! This time Netherealm Studios has had two more Kombat Kasts and they were apparently feeling green with excitement (I know that isn’t a real phrase, don’t @ me bruh) with their reveals of the lovely Jade and the ever wise cracking Johnny Cage. These two characters are Mortal Kombat mainstays and fan favorites, and personally, I’m incredibly excited to have Jade back after her absence in MK X. Enough yammering though, lets see the badass videos and gory fatalities. 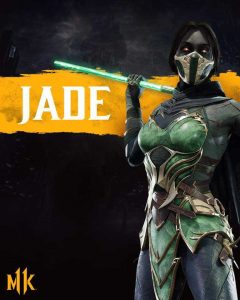 What better way to start off than with my personal favorite character, Jade. This time around, Jade returns to Mortal Kombat as a revenant after being killed off (With a ton of others) by Cindel in the events of Mortal Kombat 9. In Mortal Kombat 11 she makes far more use of her staff and her glaives to deny the opposing character screen space. It will be interesting to see if Kitana will be announced at a later date or if she will sit out of MK 11 like Jade did with MK X. 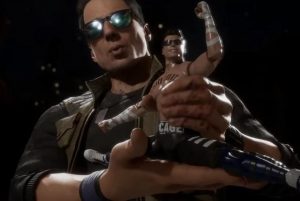 Johnny Cage makes his return after being instrumental in the defeat of Shinnok in the events of MK X. Last we saw of Cage he was tied up by D’vorah (Who has also been confirmed to be coming but hasn’t had a Kombat kast yet) while her insects fed on him. He was eventually saved by his daughter, Cassie Cage, after she defeated Shinnok in Mortal Kombat. In MK 11 Johnny seems to keep his quick and up close gameplay style with a fair number of mix-ups and combos to throw at his opponent, along with an overly flashy fatality because, well, it’s Johnny Cage.

That’s all the information we have so far based on the Kombat Kasts that have been held. There is another Kombat Kast expected soon as well as more details about some characters that have been confirmed but not shown off such as D’vorah and Kano. Cassie Cage has also been teased in some promotional trailers as well, and with April fast approaching, we can expect to see more characters and reveals coming our way. Make sure to keep it here for all the latest Mortal Kombat 11 goodness and gaming discussion, news and reviews, brought to you by gamers first and foremost. Thank you so much for reading and have a fantastic day.