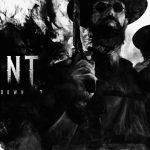 Hunt or be Hunted

Hunt: Showdown is a game developed by Crytek. It is a multiplayer horror game in which you hunt down a “bounty” before other players get to it. It is an immersive game that really puts you on edge and forces you to make quick tactical decisions to get to your desired destination.

The goal of the game is to find clues which will lead you to your bounty on a large map with many obstacles. Obstacles are anything that makes noise and other monsters that are wandering around in the congested environment. Any noise that is made attracts the nightmarish creatures that surround you. Be sure to be careful with ammo, health, and any consumables that you may have on your hunter, as restocking stations are scarce and hard to get to.
Once you have enough clues, an area where your bounty is will be marked on your map. Once you find the bounty, you are required to kill and banish it. During the banishing ritual, a your location is marked on the map. This allows all other players hunting for the bounty to come and find you. You must run to an exit as fast as you can to complete the game without being killed. There is no re-spawning in this game, so pay careful attention to your surroundings. 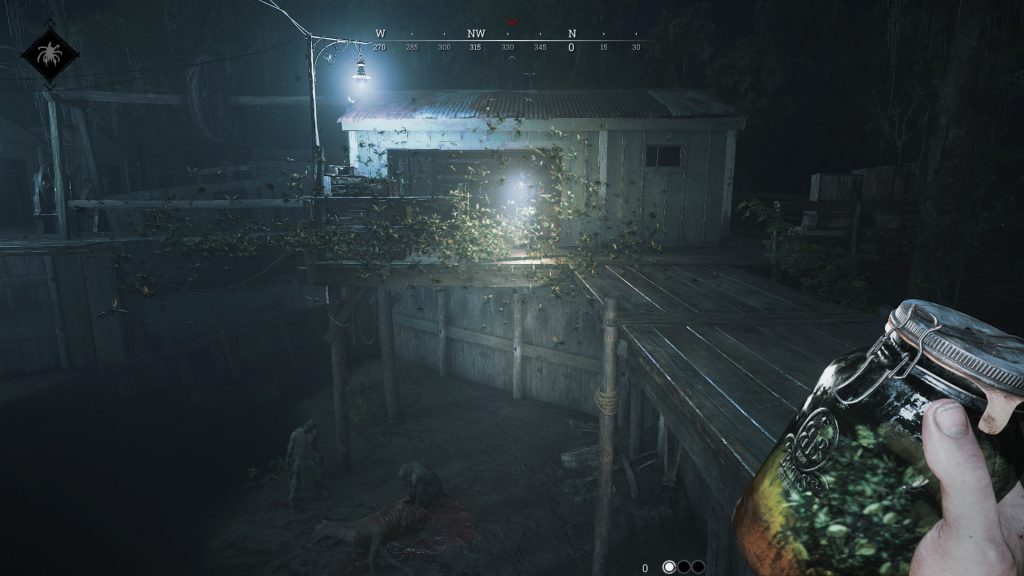 The environment of this game is absolutely beautiful. The terrain is littered with trees, bushes, farms. All of which are run down looking, beaten, broken, and rotting. It leaves the player stressed as you never know when a hard to see noisemaker will sound. Even the smallest details such as dust particles and mold are added. It is also very quiet while in a game. Which is great when you have to carefully listen for others that may be sneaking through a wooded area. 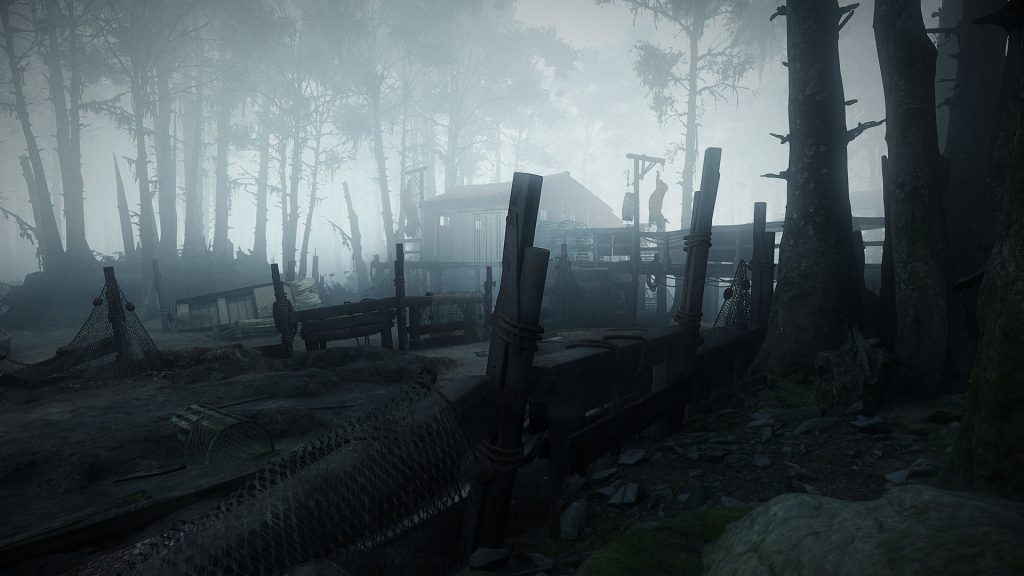 The Monsters and Bounties

There are many creatures to look out for while you are searching for clues. These include Grunts, Hives, Hellounds, Armored, and Meatheads. They all have unique attributes about them ranging from far perception range to being more vulnerable to certain things. Each one is unique and haunting. Especially as a beginner when you are very limited in what items are available to you.
There are two bounties at this time. The spider and the butcher. Things get interesting whenever you find the bounty you are after. They are difficult to kill and immune to certain items that may be useful in other situations. 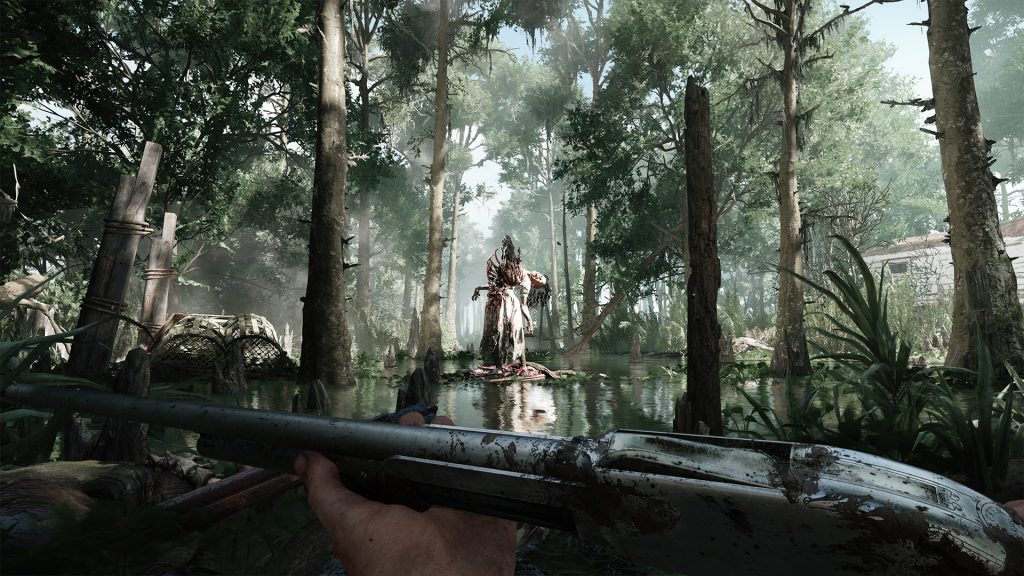 I ran into difficulties with matchmaking while playing this game. Since this is completely multiplayer in it’s early release, it is important to have other players in the game with you. I really enjoyed jumping into a game and exploring and getting to see the many monsters, but never ran into another player during gameplay. There was not a way to see if there were others in the game with you from what I could see, so it’s possible I was not in a game with anyone and was put into an empty game. It has been a year since the early release was brought to Steam, so I wouldn’t doubt that not as many players are on at this point in time. However, aside from this, I feel like this game is incredible and very interesting. I am excited to see the game in it’s full release and what will change and what will stay the same. Even with it’s current state, I feel like it is a game that many would enjoy.