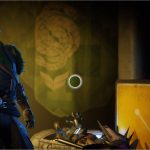 You are reading
Hello Darkness, My Old Friend 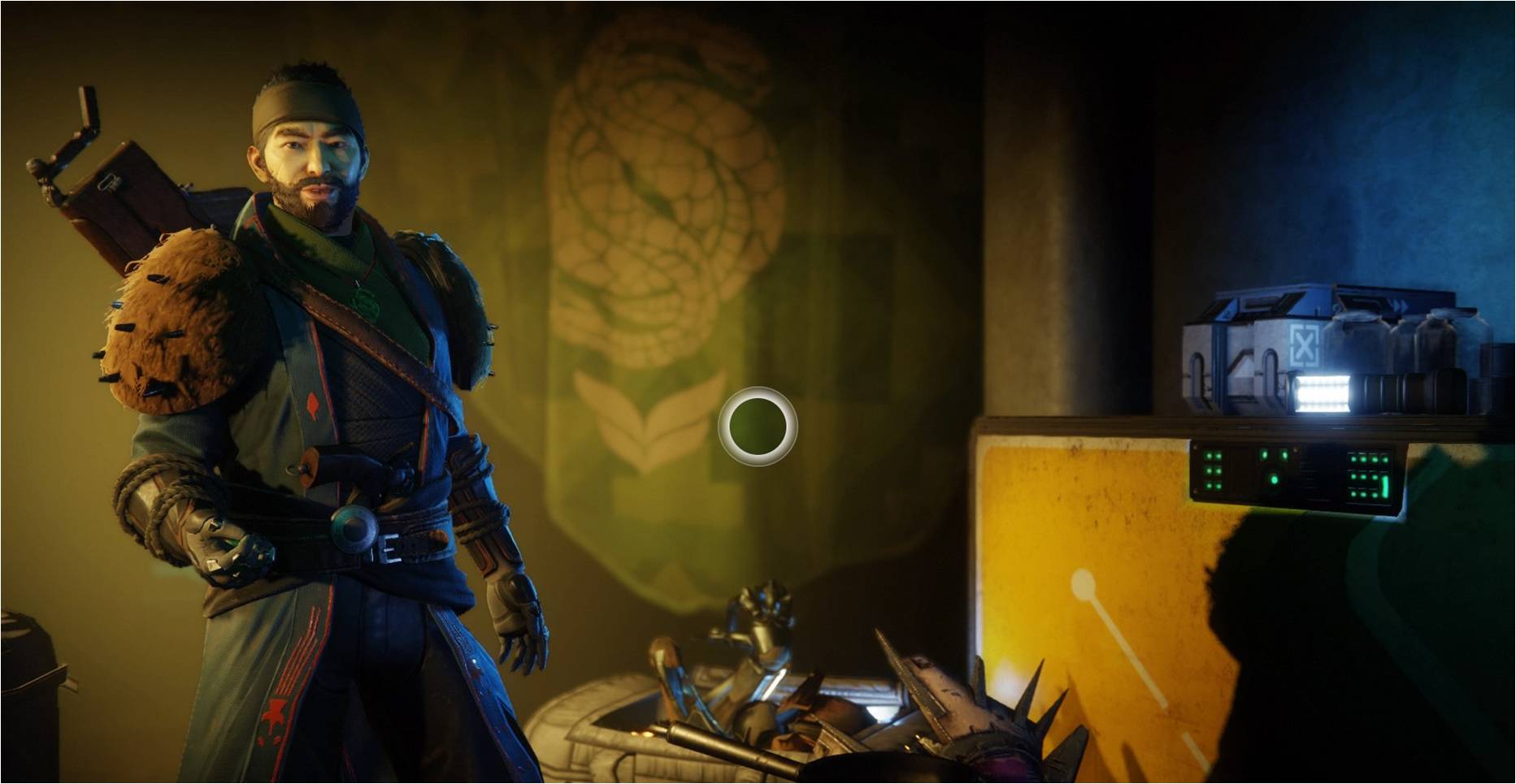 Do you wanna play a game?

As Destiny prepares to enter into its second season of the Annual Pass, the Season of the Drifter, here is a look at how your actions have led to this and how this season has the potential to deliver Destiny’s best story yet.

The Shape of the Dead

You are a mass murderer. As a Guardian, you have decimated tens of thousands of enemy troops. That’s not even counting the number of your own kind you have killed in the Crucible’s forging fires. You have carried out your grim mission with a detached determination that borders on callus.

You are a dead thing made by a dead power in the shape of the dead. All you will ever do is kill.

This line from the vanilla Destiny Grimoire has never been more true, and it grows more true every day. Since the start of Forsaken, and especially with the conclusion of the Season of the Forge, Destiny 2 has increasingly been about the consequences of your many actions. Your reputation for slaughter has  grown and your reputation has been noticed. So let’s take a look at your recent history, and how it portends to the dark future ahead. 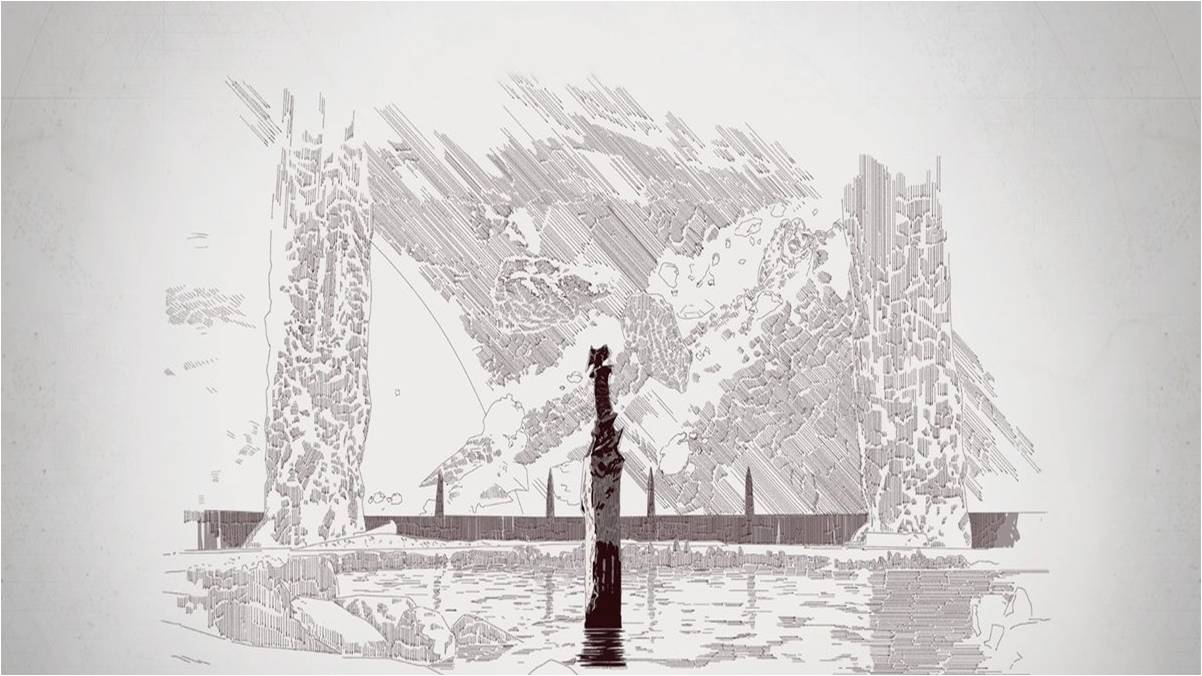 Those who live by the sword, shall die by the Spectral Blades. Damn, that Super is OP.

Your will defeats law. Kill a hundred of your children with a long blade, Auryx, and observe the change in the blade. Observe how the universe shrinks from you in terror.

The Sword Logic is one of the principle ‘magical’ laws of the Destiny universe. Through sheer force of will, and the defeat of those who oppose it, reality itself will bend to your point of view. The Taken King, Auryx, or Oryx as he is more commonly known, knew this, understood this, and used this. After centuries of victory, the universe cowed before his very name, until the Guardian, came. You unseated Oryx as the culminating moment of Destiny 1, but to the dismay of Tolund the Shattered, you refused to take his throne. You left the mantle of Taken King unfilled, and in doing so, you may have damned the solar system. 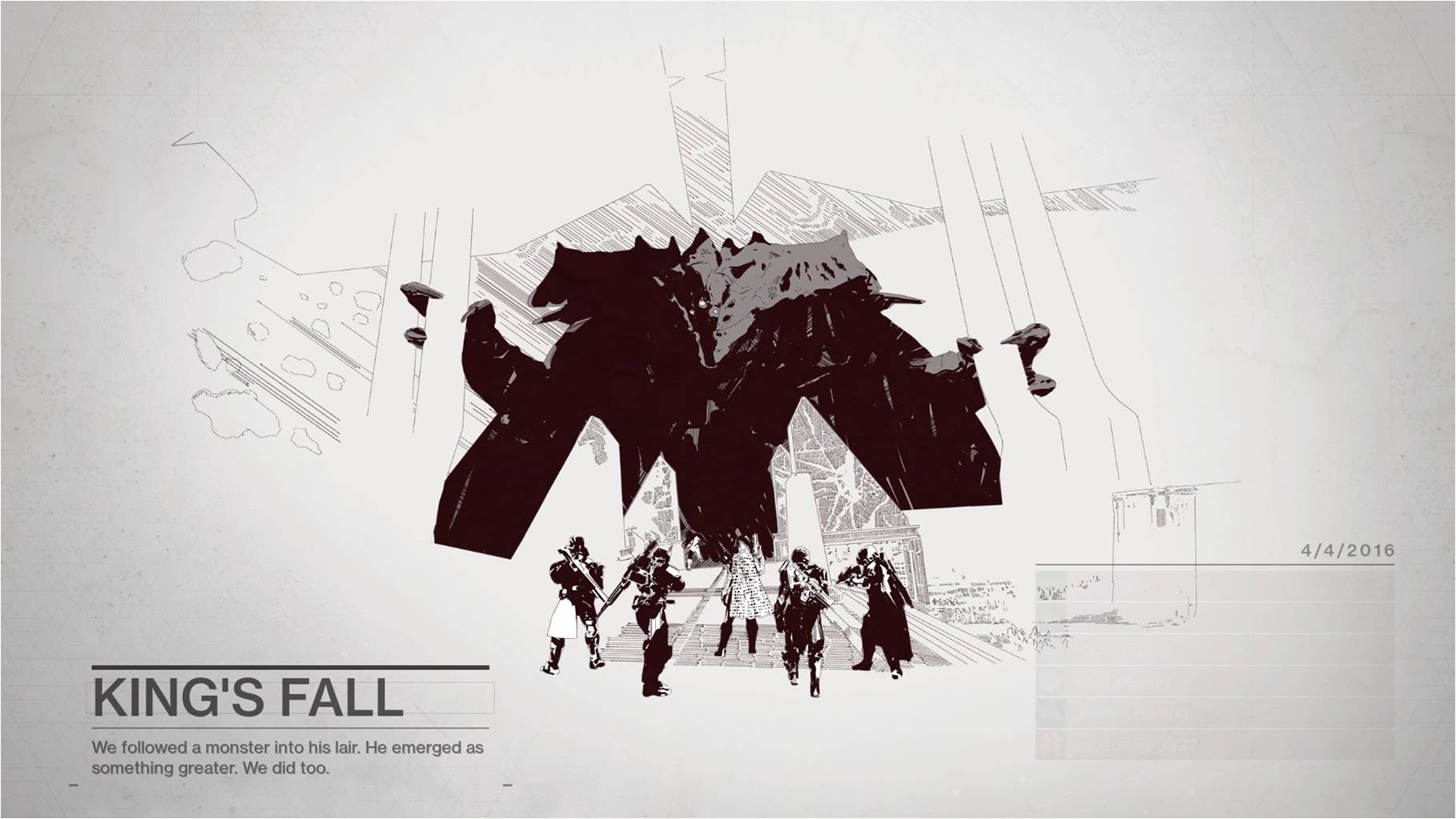 A King fell, and in your cowardice, you refused to rise up and replace him.

Consider what would have occurred had you taken the Throne. You had proven yourself to be one of the strongest beings in all of creation. The Hive are now yours to command, as are the Taken legions. You would have gained the ability to Take your foes. With that power, supplemented by the Light and legions of Guardians, humanity would no longer be  holding desperately to its last dying breath. It would now be in command of one of the dominant forces in the universe.

But you refused the Throne, and in doing so, you proved the Sword Logic has limits. The full consequences of this singular action are not yet known. Taken still walk the moon of Io, the Hive still assault you. We have seen evidence that the siblings of Oryx, Xivu Arath and Savathun, are on the move in the solar system, with the strong implication being that Savathun now sits in the throne you left empty. As a result there has been more death, more assaults on the people of the city. Their deaths are on your head, and a reckoning is coming.

The Drifter and the Shadows

The Drifter is not who you think he is, unless you think he is one sketchy dude hiding in an alley, in which case he is exactly who you think he is. A shady character who has you, in your lust for shinier and more exotic weapons, doing his dirty work for him. Consider what we know about the Drifter. He wants you to keep his games of Gambit, which he operates from his derelict space craft, secret from the Vanguard. He encourages you to send Taken to kill other Guardians. Since day one, the Drifter has been pulling you deeper and deeper into his web, a web that you are all too willing to enter.

The Drifter has been a principle part of two exotic quests. The first was to acquire the Malfeasance hand cannon whose purpose is to replicate the devouring poisonous power of Thorn. Destiny 1 players will recognize Thorn as the weapon of the fallen guardian Dredgen Yor, around whom the Shadows of Yor cult has arisen. The Drifter sends you searching for one of these cultists, Callum, but you find only his grave or rather, ironically enough, his shadow. His body has been burned to ash by the Man with the Golden Gun. The man whom Malfeasance was designed to kill. The man responsible for hunting down Guardians that stray too far from the light. The man who killed Dredgen Yor. The renegade Hunter known as Shin Malphur. 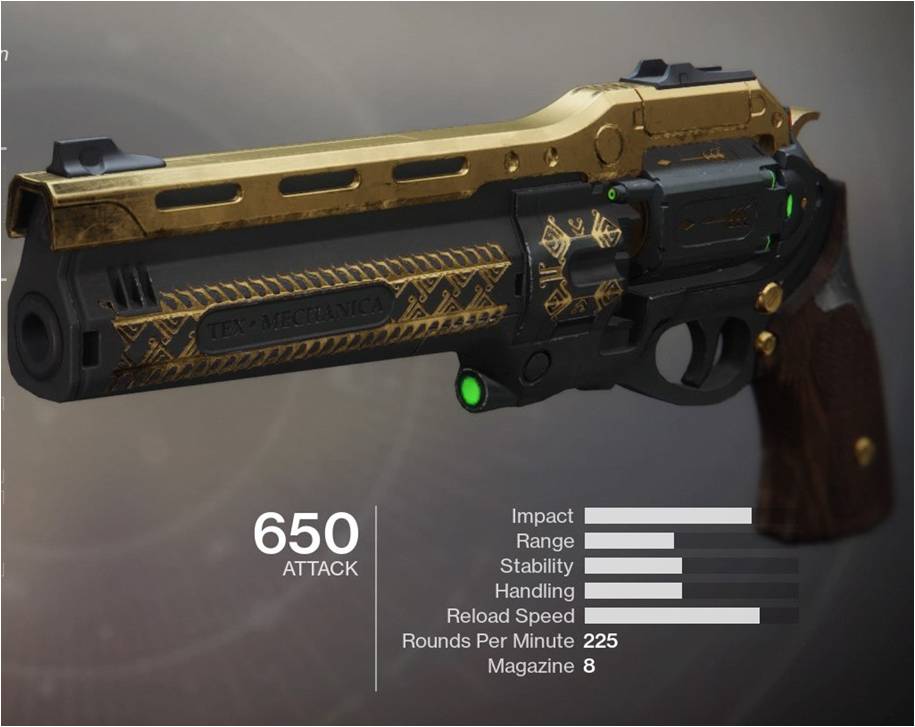 Shin Malphur is one of the few legendary Guardians that we have yet to meet. He is unique in Destiny lore in that as far as any records have indicated, he has never died. He has a Ghost and the Light, but the Ghost did not resurrect him. The story of Shin Malphur and the showdown with Dredgen Yor on Dwindler’s Ridge is much better illustrated by MyNameIsByf in a video shown below, so I won’t recap it, suffice to say that your all-too-familiar actions have drawn his eye.

The Last Word quest is the final part of the Season of the Forge, and it goes out with a bang. Not necessarily from a game play or quest line standpoint, but from the lore acquired through the triumphs page. Upon the completion of each quest step, you receive a letter from Shin. He has been watching you. He saw you defeat Oryx, and triumph in the Crucible. He questions your every motivation and with good reason. He is watching you follow the same path that Dredgen followed and he is bracing himself for the coming confrontation. Though these letters reveal an interesting insight, Shin is choosing to restrain himself. He is looking at you and despite the horrors that Dredgen inflicted upon him, he still has hope that you won’t follow the same path, even to the point that he gifts you with his own weapon, the Last Word, in the hope that it will sway you from the path that you have been walking at the prodding of the Drifter. Which brings us to what is coming…

At the conclusion of the Last Word quest, the Drifter recognizes the hand cannon you are now carrying, and he is none too pleased by it. He thinks you are playing both sides, working for both the Shadows and Shin. No doubt in the upcoming Season of the Drifter, he will test you to find where your true loyalties lie, which brings us to a bold prediction for the culmination of Season of the Drifter.

The Season will conclude with something Destiny has never attempted before, a choice that will result in a split in the user base going into the final season. This final mission will see the Guardian standing at Dwindler’s Ridge with the Shadows of Yor on one side, and Shin Malphur on the other, and the Guardian will be forced to choose a side. By siding with the Shadows and killing Shin, it will send the Guardian on the run, the Shadows will take over the Farm as the new primary social space. The Vanguard will not be present there, and new NPCs will send the Guardians on missions in an attempt to subvert the Vanguard’s order. Crucible matches will now be infiltrated by these renegade Guardians as they seek to destabilize the power structure, perhaps they will have a shader specifically for these Guardians, similar to the poison effect on Malfeasance. Those Guardians who side with Shin Malphur and kill the Shadows will return to the Tower having rejected the allure  of the Darkness. They will assault the Drifter’s derelict spacecraft to disrupt the Gambit ritual.

Every Guardian will pick a side.

This split will be a backdoor method to introducing the next evolution of faction rallies and will give Guardians something to fight for as it becomes a civil war between Guardians. The possibilities are too exciting for Bungie to let something so beautifully set up go to waste. It would be a dramatic change in the game that would represent the first major status quo shift since D2 launched, but it is something that would energize the fanbase when it is all too easy to jump to Apex Legends, Anthem, or The Division 2. Does Bungie dare to push the game in a bold new direction in the post-Activision world? Here’s hoping.

The Darkness is calling. Eyes up, Guardian.