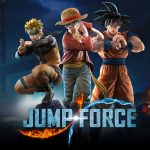 You are reading
Review: Jump Force

Jump Force: It Could Have Been Better

Jump Force was recently released by Bandai Namco and was developed by Spike Chunsoft. The game is an action fighter in an anime style. Including all the flashy moves that you would see in almost any popular anime.

The game starts off with a cut scene of Goku and Frieza fighting. An unknown character gets knocked down during the battle and is revived using “umbras cube” by Trunks and his navigator bot. Once the unknown character is revived, you are transferred to a screen in which you can customize your own character to carry on the story with. 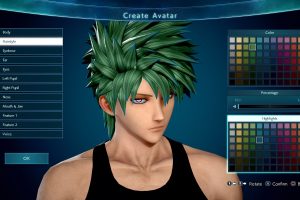 The character customization has a fairly good amount of options to make your character unique. It offers a selection of preset hairstyles and facial features, as well as sliders for height, weight, and chest size. Like in many other games, you can also change the color of the hair, eyes, makeup, and skin tone. This also allows you to make characters from animes that are not included in the game at this present time.

Once finished, you are sent to a base that is very similar to the tower in Destiny. Here you can grab missions, purchase skills and clothing, interact with other players, choose a team to join, or join a match to play against the CPU or other players. The key missions act as the storyline of the game. The story is very underwhelming as it is only fighting enemies known as “Venom”  and characters that are being controlled by “dark umbras cubes”. I was hoping that most of the storyline was just warming up to something awesome, but it wasn’t. I couldn’t help but become more and more frustrated with the progression and repetitive fights. Some may say that all fighting games are repetitive but trust that there are not very many combo possibilities. 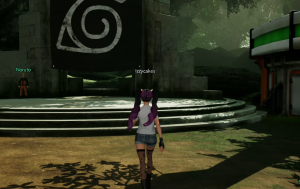 Gradually, the game goes through how to use the controls with tutorial missions. The controls are my biggest complaint with the game. While playing the tutorials, the controls seem to work here and there and it is not difficult when doing each task one at a time. When you are in an actual fight however, most of the controls do not work. This includes switching characters. I find this surprising for a fighting game as the players experience relies heavily on controls and how well they are executed. No one has known rage until they have attempted to switch characters in a fast-paced battle for the 5th time and failed. Especially when Boruto is able to flawlessly spam the same move and defeat you in record time. At least I get to listen to the same 10 seconds of crazy jazz on repeat while getting pummeled.

Speaking of crazy jazz, the music in the game is actually pretty good. Really, the only complaint I have is the music during the actual fights get’s pretty annoying. However, in the lobby for example, it’s more of a quiet orchestra sound similar to that in Phantasy Star Universe. I feel like it works well with the setting of the game since you are in between the human world and the anime world.

The multiplayer is the only fun I found in the game. It is a little less frustrating when you see another player struggling with controls as much as you are. As an anime fan, it’s fun for me to see what special moves an opponent chooses to use with their character and how they styled them. I feel like different multiplayer modes such as a team based capture the flag could potentially add a unique edge to the game that makes it worth the price. This along with some tweaks on character movement and frame rate and the game may actually be pretty fun.

With a little more time and patience this game may have been very interesting instead of feeling rushed. The story line could have been much better. Especially with the amount of characters from multiple genres. The developers attempted to integrate unique controls, but fell short on practicality. It almost seems like a lot of the downfalls were trying to be scrubbed over with flashy scenes and promise for more content in the future. However, I’m unsure if anyone is going to be into putting more money into a game that has already been a letdown.