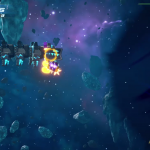 You are reading
Kingdom Hearts III Doesn’t Understand How to be a Sequel
If you have been on the internet the past week or so, you may have seen the following tweet making the rounds on Twitter and reddit: This is both sort of funny and also raises a really good point about Kingdom Hearts III: it took thirteen years for Kingdom Hearts III to come out even though Square Enix clearly always had Kingdom Hearts on its mind. Inbetween Kingdom Hearts II and III we got the following list of original games: 358/2 Days, Birth by Sleep, Coded, Dream Drop Distance, Union X, and .2 (there was another game between the original Kingdom Hearts and Kingdom Hearts II, but Square Enix doesn’t deserve as much grief for it because II came out a year later). It’s one thing had each aforementioned games just been standalone titles, but every single one of them somehow figures into Kingdom Hearts III. **Insert usual spoiler warning here.** But for real if you don’t want spoiled then stop reading here. Each of the side games not only shows up in Kingdom Hearts III, the game takes time to explain what happened in those games. In Monstropolis, Vanitas, from Birth by Sleep, is the original source of the world’s problems, and as you progress through the world the game retells the story of Birth by Sleep. In between worlds, most cutscenes take their time reviewing past games. There was one cutscene early on that re-reviewed the events of Birth by Sleep and a major plot point from Chain of Memories. All of these scenes cause problems for two reasons. First: the menu’s theater section has multiple cutscenes to cover the entire Kingdom Hearts story from the Keyblade War to the end of Dream Drop Distance. They are taking the time that could be used to further the plot during the main game and wasting it retelling something the game already had a way to retell outside of the main story. Second, going back to the above tweet, it shows that Kingdom Hearts III has so many direct connections to past games that it can’t understand itself as a sequel. By definition, a sequel is what happens next after the original story. Therefore, the audience should only hear about the past story in reference to the current one. For example, the first cutscene after the tutorials shows Master Yen Sid telling Sora that Sora’s power has severely decreased since he fell to darkness at the end of Dream Drop Distance and needed Riku to save him. Conversely, as mentioned above, much of Monstropolis is used to retell what happened in Birth by Sleep to explain who Vanitas is. The end result of the amount of retelling this game has is that none of its own plots actually happens until after every Disney world is finished. Such inconsistent pacing speed is confusing and frustrating and is not what the fanbase waited thirteen years deserved to get from this game.
Facebook Twitter Google+ LinkedIn Pinterest Tumblr
Previous article PlayStation 5 Tech - What PS5 CPU Performance Should We Expect?
Next article Hello Darkness, My Old Friend