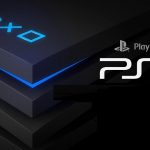 You are reading
PlayStation 5 Tech – What PS5 CPU Performance Should We Expect?

The latest PlayStation 5 specs leaks suggest that the next PlayStation console should be equipped with a Zen-based Ryzen CPU. Browsing through PlayStation 5 specs leaks, you can find how much more powerful its GPU may be but it’s difficult to find anything on the CPU side of things. So let’s explore how the Ryzen CPU compare to the Jaguar based AMD Kabini CPU that is very similar to CPU you find in both the base PS4 and PRO models. How much more powerful could a potential PS5 ZEN base CPU be over current PS4 PRO’s Jaguar based CPU?

For starters, there is no 8 core laptop base CPUs that we could use for this comparison, so I selected 2 four core CPUs:
Ryzen 5 2500U is a ZEN based laptop CPU clocked at 2GHz. A6-5200 is a Jaguar based Kabini CPU closed at 2GHz as well
One thing to note here is that Ryzen CPU has a boost clock of 3.6 GHz for one core so it may be a 3.2 GHz boost for all 4 cores.
Clock boost should be present in the console CPUs as per the latest PS5 Gonzalo APU leak where it’s being speculated that PS5 boost clock should be 3.2 GHz

That kind of performance boost should be more than enough to allow all games to run at 60 FPS and handle all kinds of AI and physics calculations. This doesn’t necessary mean that all games will run in native 4K and 60 FPS of course as it really depends on how developers utilize the technology. Some may decide to push for such realistic and fantastically looking graphics and high resolution that GPU may be a bottle neck and we may end up with 30 FPS. What I’m saying though is that if developers adjust graphics fidelity and resolution right, the CPU should be able to handle all games in 60 FPS no problem.

But as always, this is all speculation as the Ryzen CPU has not been confirmed for PS5 officially yet but if Sony happens to confirm it you know what sort of performance boost to expect from it. Almost 4 times more powerful CPU than what we have now available in current consoles would be great news and I will stick to it. Let me know what you think about this in the comment section bellow.