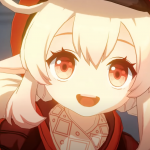 On Oct. 20, Genshin Impact players can take a spin at the Sparkling Steps banner to get new character Klee, the Pyro-focused bomb-thrower.

Klee, the 5-star pull featured in the Sparkling Steps banner, will be available today. Those who do not get Klee on their first pull are guaranteed to obtain her on the second pull. Klee’s basic attack includes throwing Pyro bombs. Her special ability is summoning fire lasers that target enemies over a brief period. You can see the full-range of her abilities in the trailer above.

If you’re Adventure Rank 32, be sure to head to the in-game trials to try out Klee before spending Primogems on Intertwined Fates. Players have until Nov. 11 to add her to their roster, the same day as Genshin Impact‘s 1.1 update. The Unreconciled Stars event will kick off along with the 1.1 update.

Like any great game, the balance between work and being rewarded is the wheel that needs to keep on turning. Genshin Impact does this pretty well with its RPG mechanics and earning Primogems to spend on Wishes. Nearly every activity in the game gives Primogems in increments of 5, 10 or more.

See More: Genshin Impact: Elemental Party Effects and What They Do

Genshin Impact is a free-to-play open-world RPG that released in September. The game has went on to be a worldwide success, grossing over $100 million since launch. In our review, we said the game’s combat, exploration, and RPG DNA provide the AAA quality found in full-priced games.