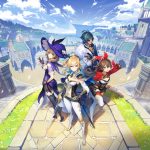 You are reading
Genshin Impact: Elemental Party Effects and What They Do

Genshin Impact’s thoughtful elemental mechanics will give you a lot to think about in and out of battles. That even includes which characters to include in your party.

Elements not only react to one another in fights, but also in party composition. Since Genshin Impact is a character-based action game ,you’ll find yourself swapping in and out characters often. Each individual is a master of one element, making them pretty unique in your party of four. But, which element you choose to have and how many there are can grant your team particular party bonuses.

Changing Members in Your Party

Head to the Party Setup block in your pause menu. 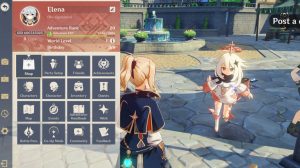 The next menu shows your current party of characters. In the top right corner of the screen, you’ll see text reading, “Elemental Resonance.” Click on it and you’ll be directed to a chart and some text that looks like this:

This is the menu you’ll refer to for granted party buffs. Requirements for the added buffs can be seen above the name of the buff, which is generally two of each element. While exploring Teyvat, you’ll generally want to have a party of four different elements to help solve puzzles and execute easy combos.

When it comes to dungeons or boss fights, you may want to lean into elemental weaknesses to gain more of an advantage. This is where Elemental Resonance effects come in handy.

Party Combinations and Their Effects

As of now, these are the current party buffs available in Genshin Impact:

The wheel of elements on the right signifies the current elements in the game. The element that is currently in your party will be lit up.

Genshin Impact is a live-service game, so it is more than likely more Elemental Resonance effects will be added. The Nature element has yet to be seen in use, so more party synergy buffs could on the way.