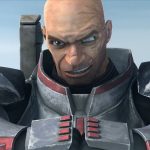 You are reading
The Bad Batch New Trailer and Lengthy Premiere

Star Wars: The Bad Batch is an animated show created by Lucasfilm set in the world of Star Wars. The series is a spiritual successor to the highly praised anthology Star Wars: The Clone Wars. Today, fans were given an all-new trailer to enjoy and digest.

The Bad Batch centers around five clones. These clones stray from the mold of the typical clone trooper. Hunter, Echo, Tech, and Wrecker (all voiced by Dee Bradley Baker) each have a unique skill set that sets them apart from their typical counterparts. The series will follow their adventures post Order 66 (the grand military coup event from Revenge of the Sith). Fans are also treated to Grand Moff Tarkin on Kamino testing the rogue clones, known together as Clone Force 99. Undoubtedly he will be a problematic antagonist, along with the horde of brainwashed clones under his command.

The trailer also featured Fennec Shand. Fennec Shand was first introduced in The Mandalorian. Ming-Na Wen will reprise her role once again for the show, and The Bad Batch will have their hands full dealing with the elusive assassin.  Fans with a keen eye will also have spotted a young Saw Gerrera (voiced again by Andrew Kishino). Saw is a reoccurring rebel freedom fighter in the Star Wars franchise, and he tends to implement extreme tactics and beliefs. Lastly, a new Kaminoan child was introduced in the trailer. She seems to become entangled in Clone Force 99’s troubles but is eager to help.

The Force is Strong 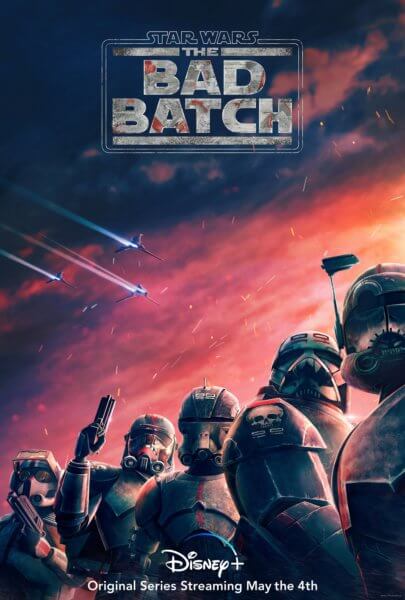 Star Wars: The Bad Batch will premiere on May 4th (popularly known as Star Wars Day). The show will be exclusively streamed on Disney+. Description of the latest trailer revealed the premiere will be seventy minutes in length, an exciting dose of double-episode action. Following this will be the usual cadence of one episode per week starting on May 7th. This will be the start of Lucasfilm’s new projects slated to be released. Other projects planned are the recently announced Book of Boba Fett, Andor, Ahsoka, Kenobi (which recently released their starring cast), and many more. The world of Star Wars seems to only get bigger and as Anakin Skywalker would say, “This is where the fun begins.”