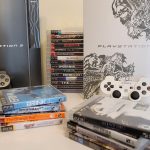 You are reading
PS3, PSVita Games Will Stay on the PlayStation Store

In a quite remarkable reversal, Sony announced today that they will be reversing course on removing PlayStation 3 and PSVita games from the PlayStation Store. Sony came under fire by fans for closing these storefronts and there was widespread confusion about what the closing storefront actually meant.

PS Store Update: Players will be able to continue to purchase games on PS3 and PS Vita: https://t.co/hLTznJeiML pic.twitter.com/5Idy1Modcb

It was revealed that the PSP store will be sunset on July 2, 2021 in accordance with previous plans. Though there was a more limited library of digital PSP games compared to the PS3 and PSVita. This is therefore a less significant blow.

It should also help allay some fears that gamers have about the future security of their digital purchases. Are there any PlayStation 3 or PlayStation Vita games on the PlayStation Store that news of its shuttering caused you to run out and buy? Let us know in the comments below.

Facebook Twitter Google+ LinkedIn Pinterest Tumblr
Previous article Miles Morales Has Outsold Ghost of Tsushima & The Last of Us Part II in the U.S
Next article Marvel's Shang-Chi and the Legend of the Ten Rings Teaser Released