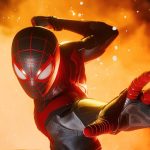 You are reading
Miles Morales Has Outsold Ghost of Tsushima & The Last of Us Part II in the U.S

Spider-Man Miles Morales continues to show strong legs, now five months removed from launch. Keeping well in line with its predecessor and solidifying Insomniac as one of Sony’s premier studios.

Via the NPD Group, we learned some tidbits relating to the PS5’s success in the U.S, thus far. Specifically, we now know the PlayStation 5 is the fastest-selling console in U.S history in terms of dollar and unit sales. This new milestone for the console accounts for lifetime sales within five months on the market.

Games wise, the PS5 launched with a slew of titles, ranging from, Demon’s Souls, Astro’s Playroom, Sackboy and Spider-Man Miles Morales. The latter, worth note as it has, without question, spearheaded the launch for Sony.

See More: How To “Ultimate” Every Challenge in Spider-Man: Miles Morales

We know, The Last of Us Part II became the PS4’s fastest selling first party title, selling 4 million copies in 3 days. A number outpacing 2018’s heavy hitters, God of War and Marvel’s Spider-Man. While, Ghost of Tsushima, received a recent sales update of 6.5 million copies sold worldwide, alongside the announcement of a live-action film.

So, what makes this announcement particularly of note, is the time frame. Ghost of Tsushima and The Last of Us Part II had just about a five and four month head start on Miles Morales. Yet, the latter, still managed to catch up and surpass them.

Keep in mind this only accounts for the U.S market, so theoretically, Miles may still have some work to do in order to catch up to worldwide sales. Nevertheless, that doesn’t make this feat any less impressive.